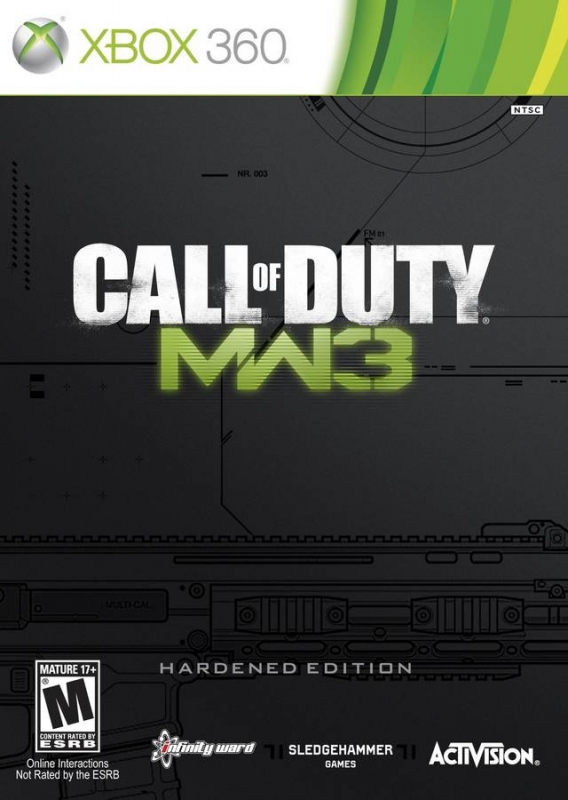 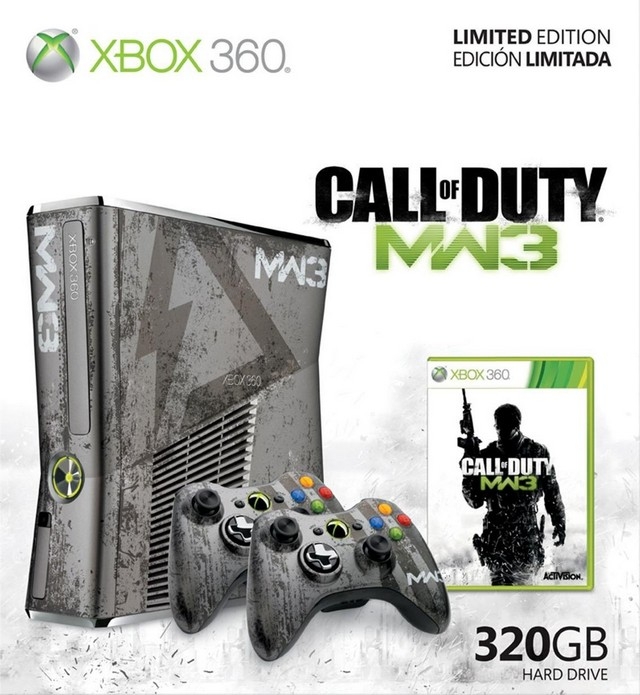 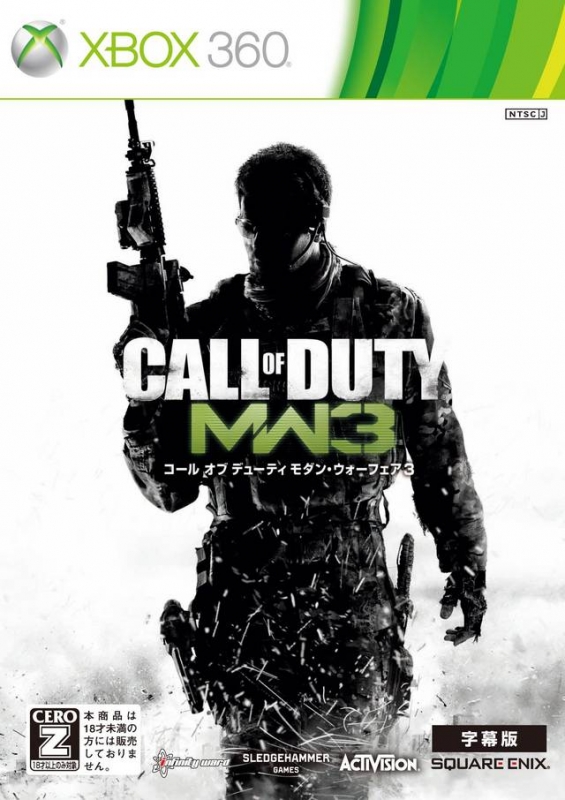 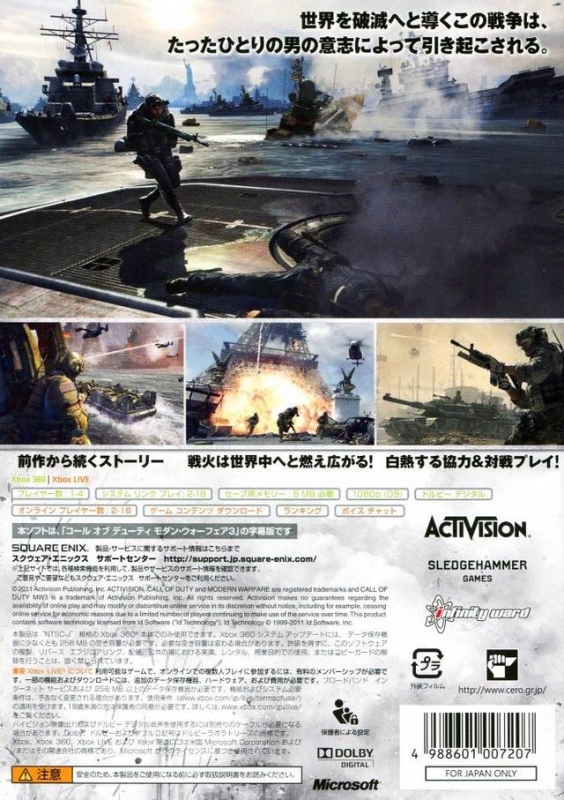 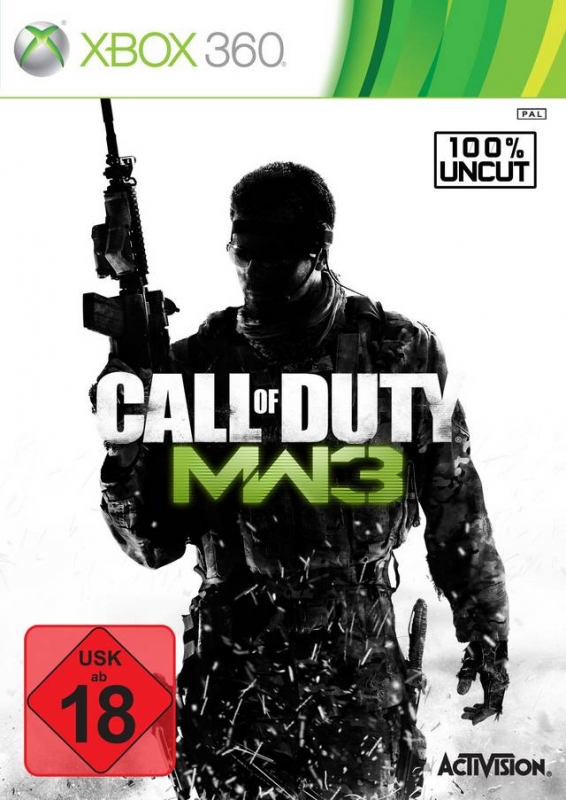 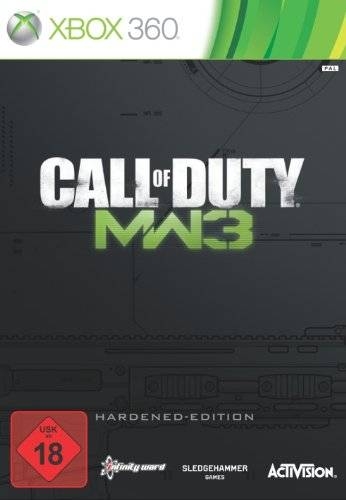 The Strike Chain system replaces the Killstreak system of previous games and you get bonuses for killing other players/fulfilling objectives in some game modes without dying. They are divided into three Strike Packages, which differ in what bonuses you get. The three packages are Assault, Support and Specialist. Each of the three packages will be listed, with each bonus listed as well as the number of points needed in parentheses, and a short description of what each bonus does. With the Assault and Specialist sets, when you die, the streak is reset. ASSAULT STRIKE CHAIN ==================== - UAV (3) - Shows enemies on the minimap - Care Package (4) - Drops a package that contains a random pointstreak or ammo - IMS (5) - Intelligent Munitions System detects and eliminates enemies - Predator Missile (5) - Remote controlled missile - Sentry Gun (5) - Placeable Sentry Gun - Precision Airstrike (6) - Call in a directional airstrike - Attack Helicopter (7) - Call in an attack helicopter - Strafe Run (9) - Strafing run of 5 attack copters on a single point - Little Bird Guard (9) - AH-6 Little Bird follows the player and eliminates any enemies seen - Reaper (9) - Laser-guided missiles (up to 14) shot at targets from Reaper UAV - Assault Drone (10) - Airdrop an assault drone, which has a single-shot rocket and a LMG - AC130 (12) - Become the gunner of an AC130 - Pave Low (12) - Heavy armored assault copter - Juggernaut (15) - Advanced armor, plus the M60E4 LMG and MP412 revolver - Osprey Gunner (17) - Become the gunner in a V-22 Osprey SUPPORT STRIKE CHAIN (does not reset when player dies, and kills don't contribute to streak) ==================== - UAV (4) - Shows enemies on minimap - Counter UAV (5) - Jams enemy radar - Ballistic Vests (5) - Deploys a bag of Ballistic Vests for your team, which increases overall health for a short time - Airdrop Trap (5) - Kills enemies with a booby-trapped airdrop crate - SAM Turret (8) - Automated SAM turret - Recon Drone (10) - Gives you a Recon Drone, which shows enemies for your team - Advanced UAV (12) - Like a regular UAV, but shows the direction the enemies are facing - Remote Turret (12) - Remotely control a small turret - Stealth Bomber (14) - Airstrike that cannot be detected on enemy maps - EMP (18) - Disables enemy electronics temporarily - Juggernaut Recon (18) - Advanced armor, plus a Riot Shield and USP .45 - Escort Airdrop (18) - V-22 Osprey drops and protects 4 care packages SPECIALIST STRIKE CHAIN ====================== The Specialist Strike Chain is a special one, in that it doesn't have predefined rewards like the previous two. The rewards are locked at 2, 4, 6 and 8 points. At two, four and six points, you get one extra perk. At eight points, you gain access to all perks that available in the Specialist set, except for Overkill.
Back to Cheats