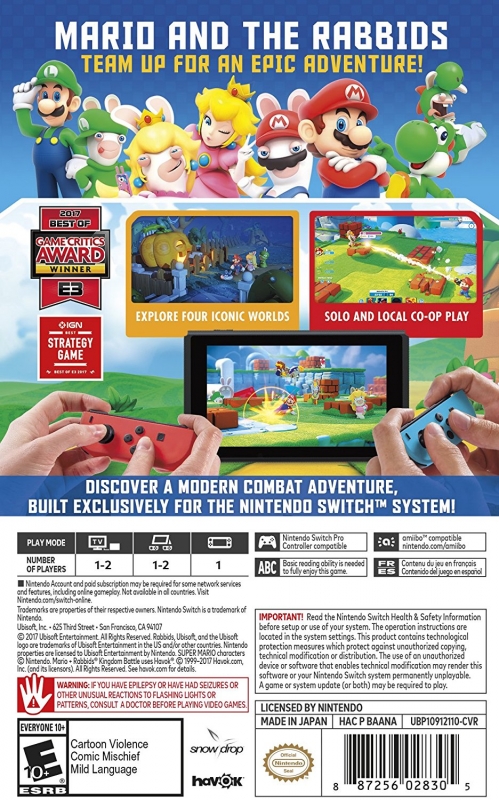 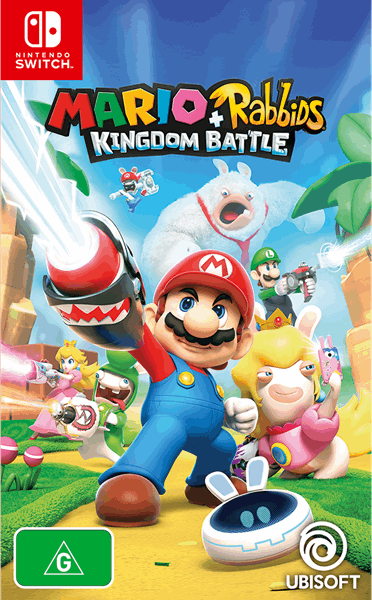 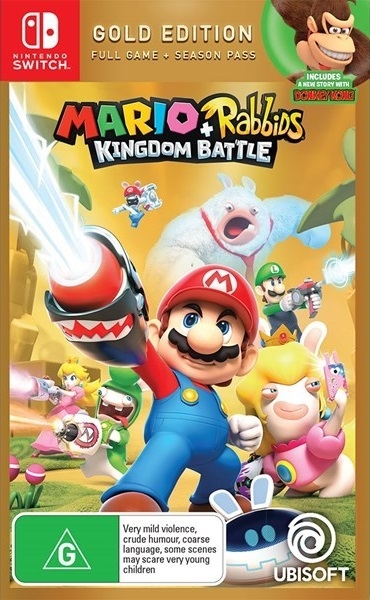 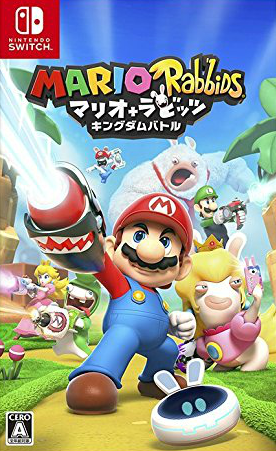 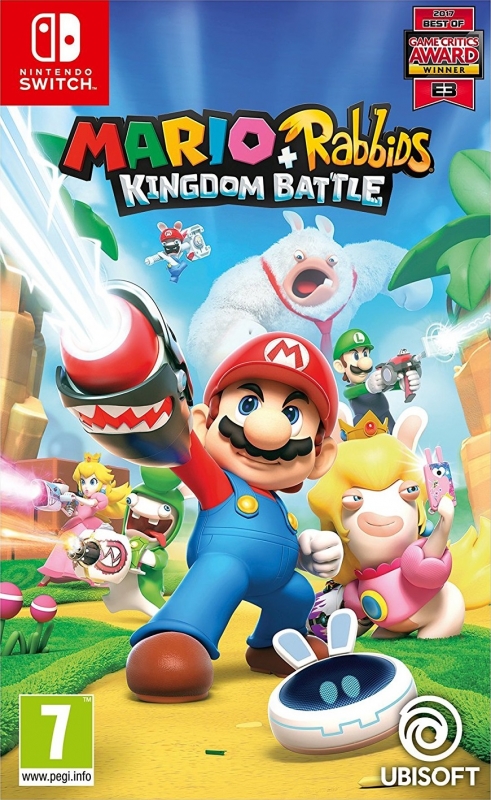 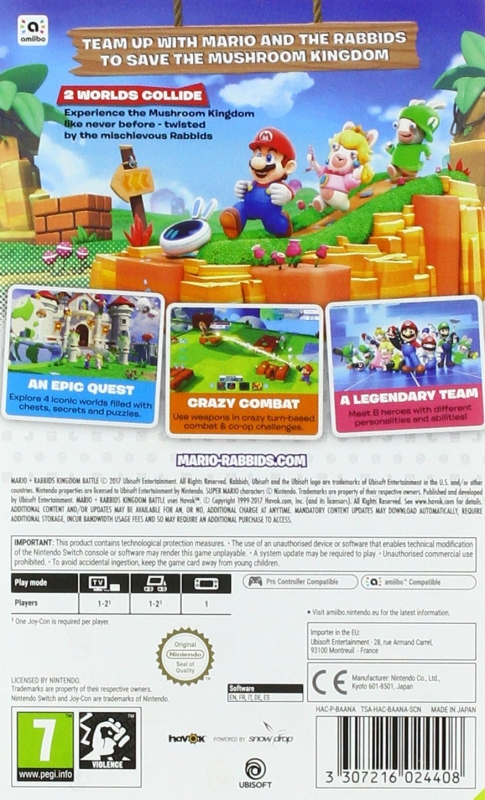 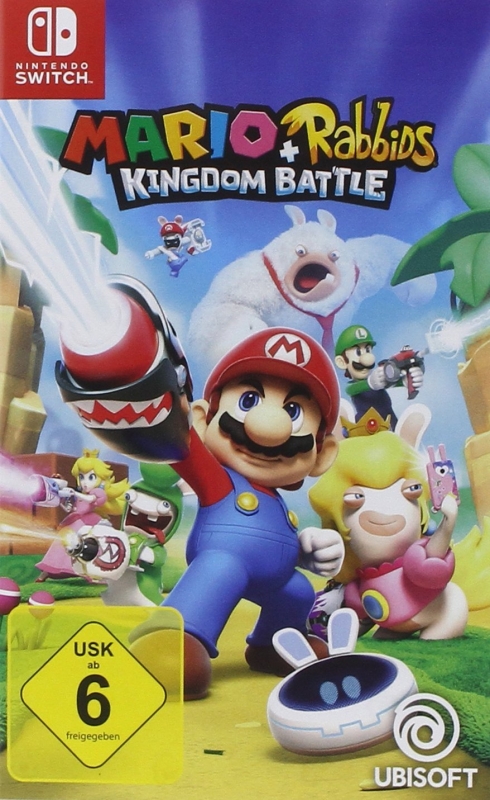 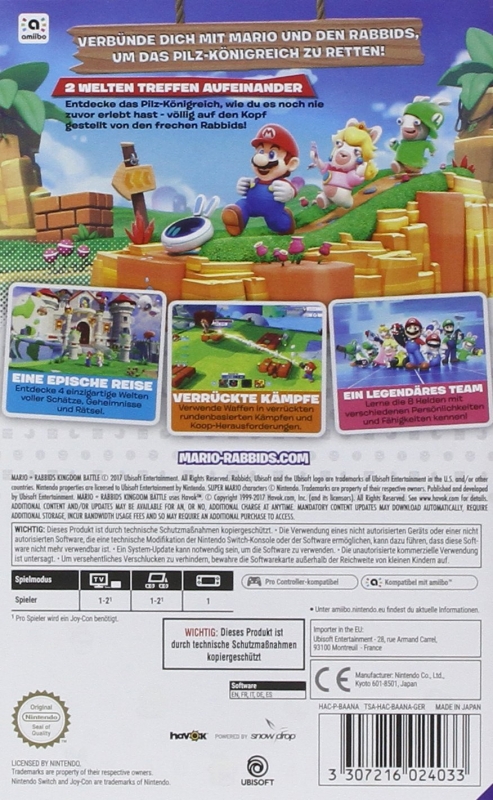 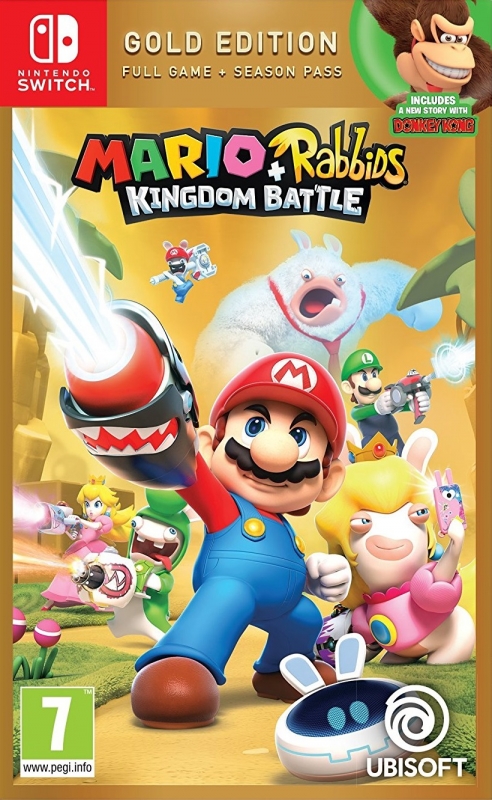 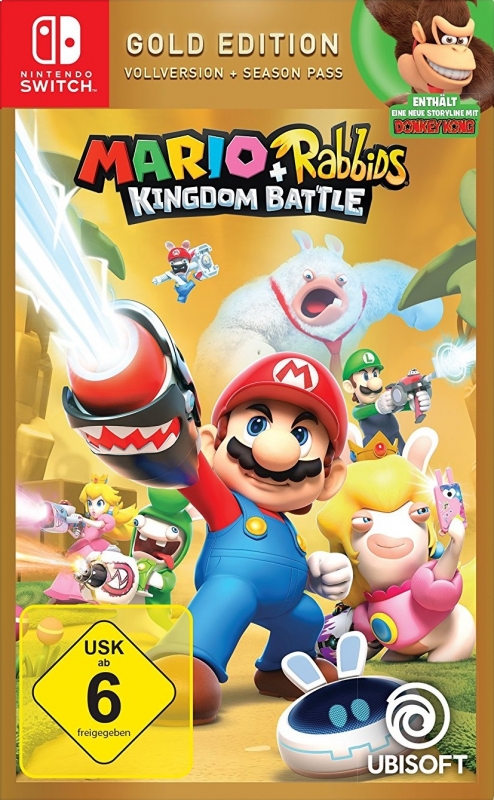 TEAM UP WITH MARIO AND THE RABBIDS!

This is the story of an unexpected encounter between Mario and the irreverent Rabbids. To bring order back to a splintered Mushroom Kingdom, Mario, Luigi, Princess Peach, and Yoshi team up with Rabbids heroes in a journey through four different worlds.

Outwit unpredictable enemies in dynamic turn-based combat and co-op challenges, and solve puzzles along the way. Discover a feel-good and modern combat adventure designed exclusively for the Nintendo Switch™ system, playable anywhere, anytime, with anyone.

Embark with your team of eight heroes on an epic quest to free your friends and put the Mushroom Kingdom back in order!
Explore four iconic worlds filled with chests and secrets, solve puzzles, and defeat unpredictable enemies on the battlefield.

Mario and his friends will use never-before-seen weapons to engage in combat with their foes. With an arsenal of hundreds of unique weapons, players will choose how best to equip each of their eight heroes.
Play additional co-op challenges with a friend in local multiplayer, featuring three levels of difficulty.