The Nintendo Switch was the best-selling console in the US in December 2022 in terms of units sold, according to figures from The NPD Group. NPD includes the dates for the five week period of November 27, 2022 to December 31, 2022.

"U.S. consumer spending on video game content, hardware and accessories totaled $7.6B in December 2022, an increase of 2% when compared to a year ago," said The NPD Group Executive Director and Video Game Industry Advisor Mat Piscatella. "Hardware spending grew 16%, offsetting declines in both content (-1%) and accessories (-2%)."

Need for Speed: Unbound was the top selling new release in December 2022 as it debuted in eighth place. Crisis Core: Final Fantasy VII: Reunion debuted in 10th place and The Callisto Protocol debuted in 17th place.

For the best-selling games of 2022 (in terms of revenue) Elden Ring came in second place, followed by Madden NFL 23 in third place, God of War: Ragnarök in fourth place, and LEGO Star Wars: The Skywalker Saga in fifth place.

Here are the top 20 best-selling games in terms of dollars for December 2022: 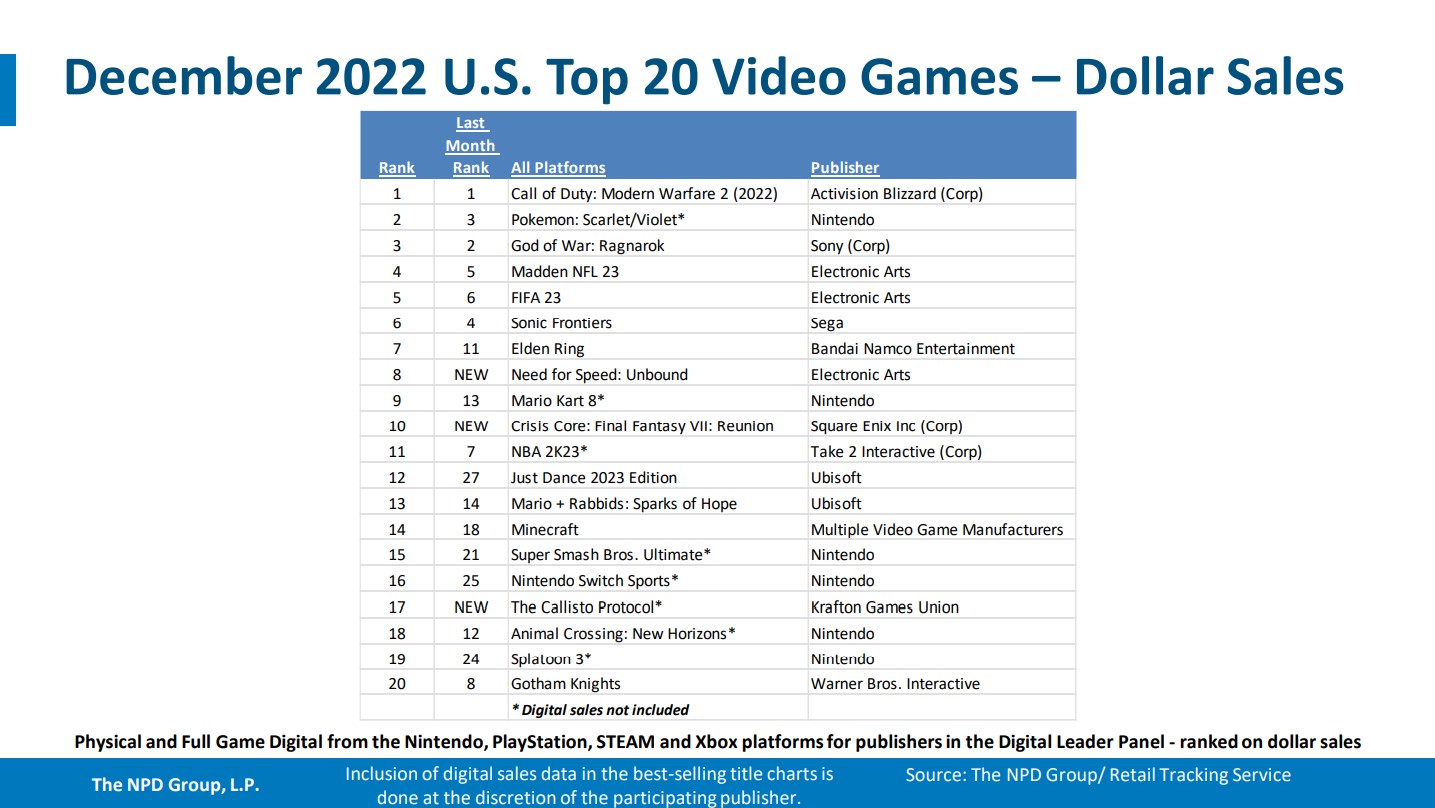 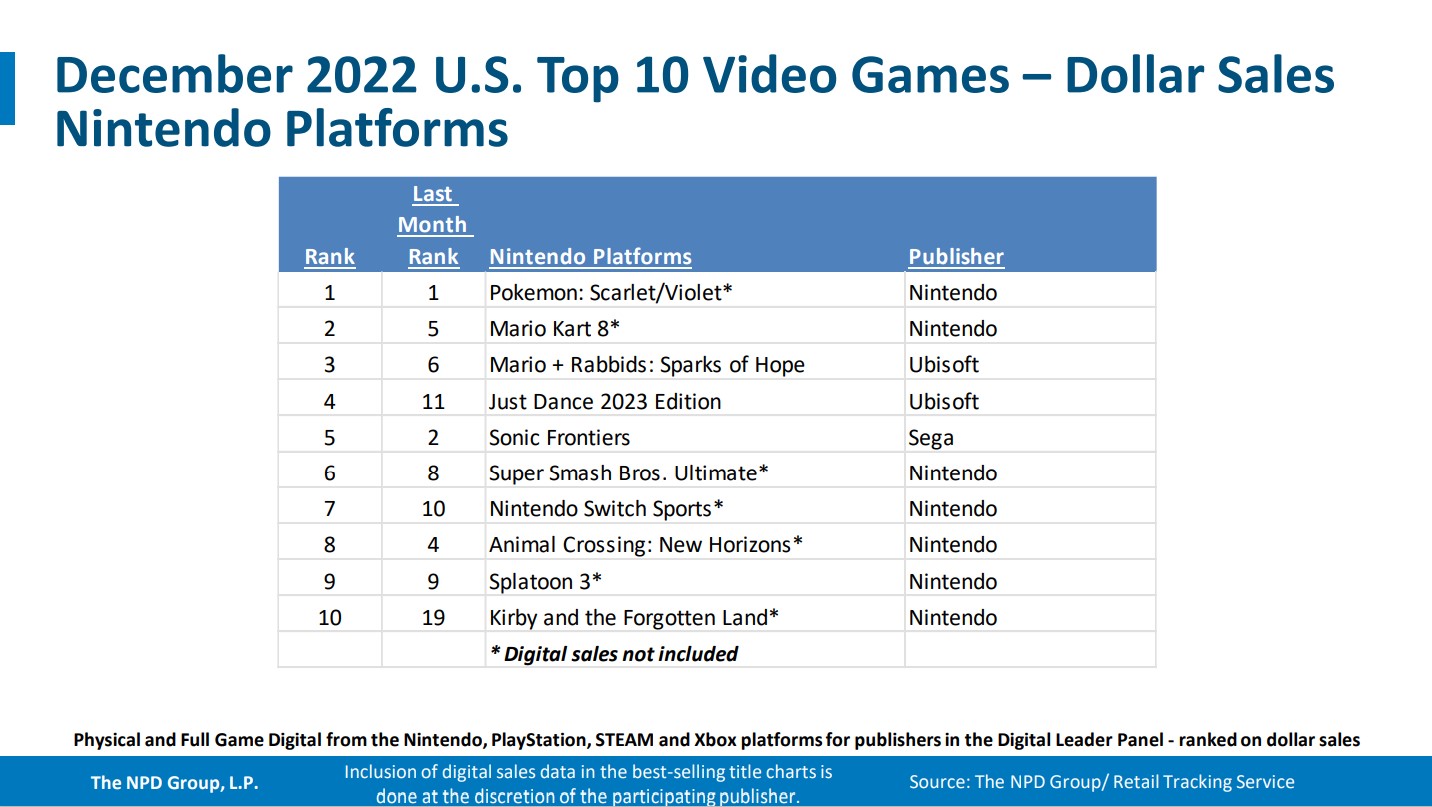 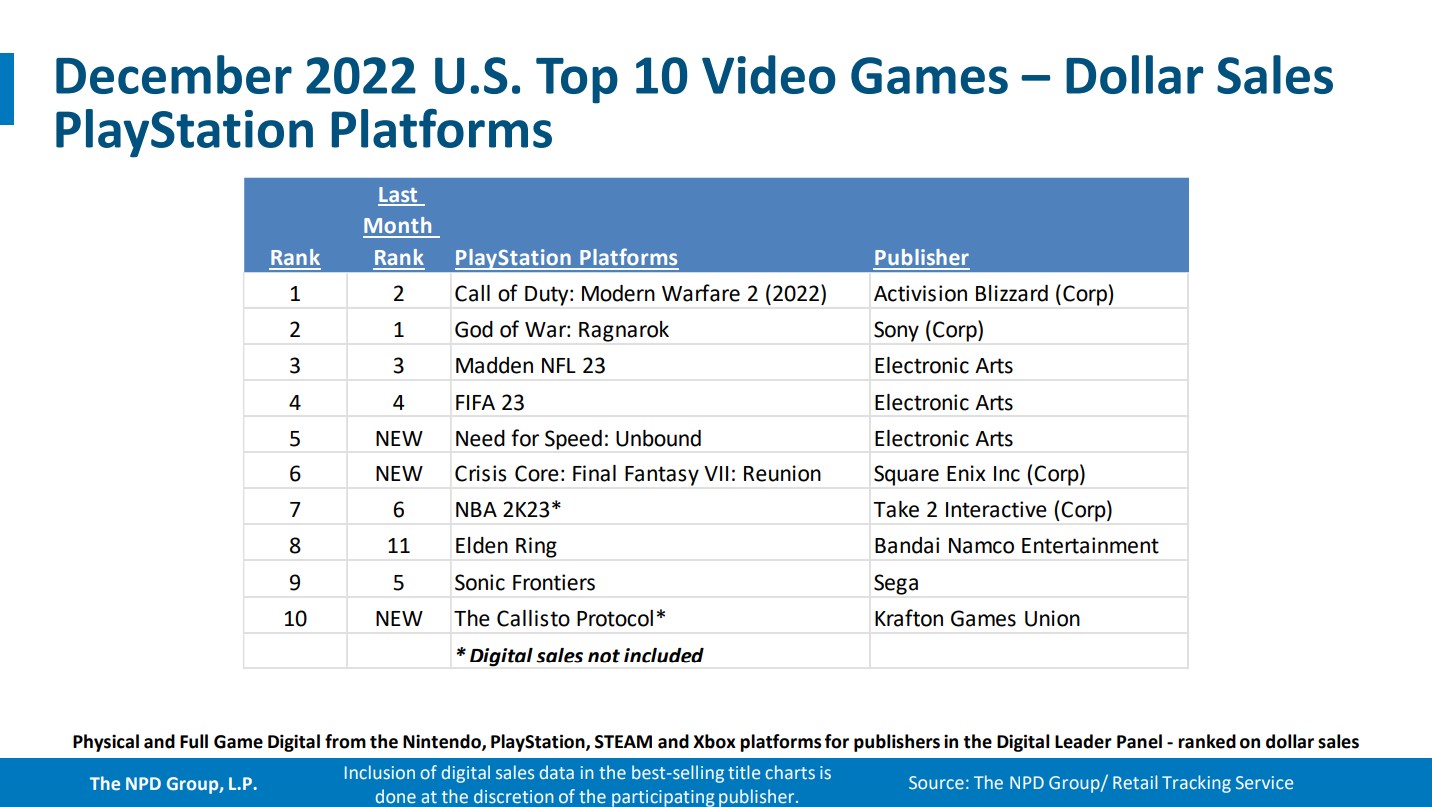 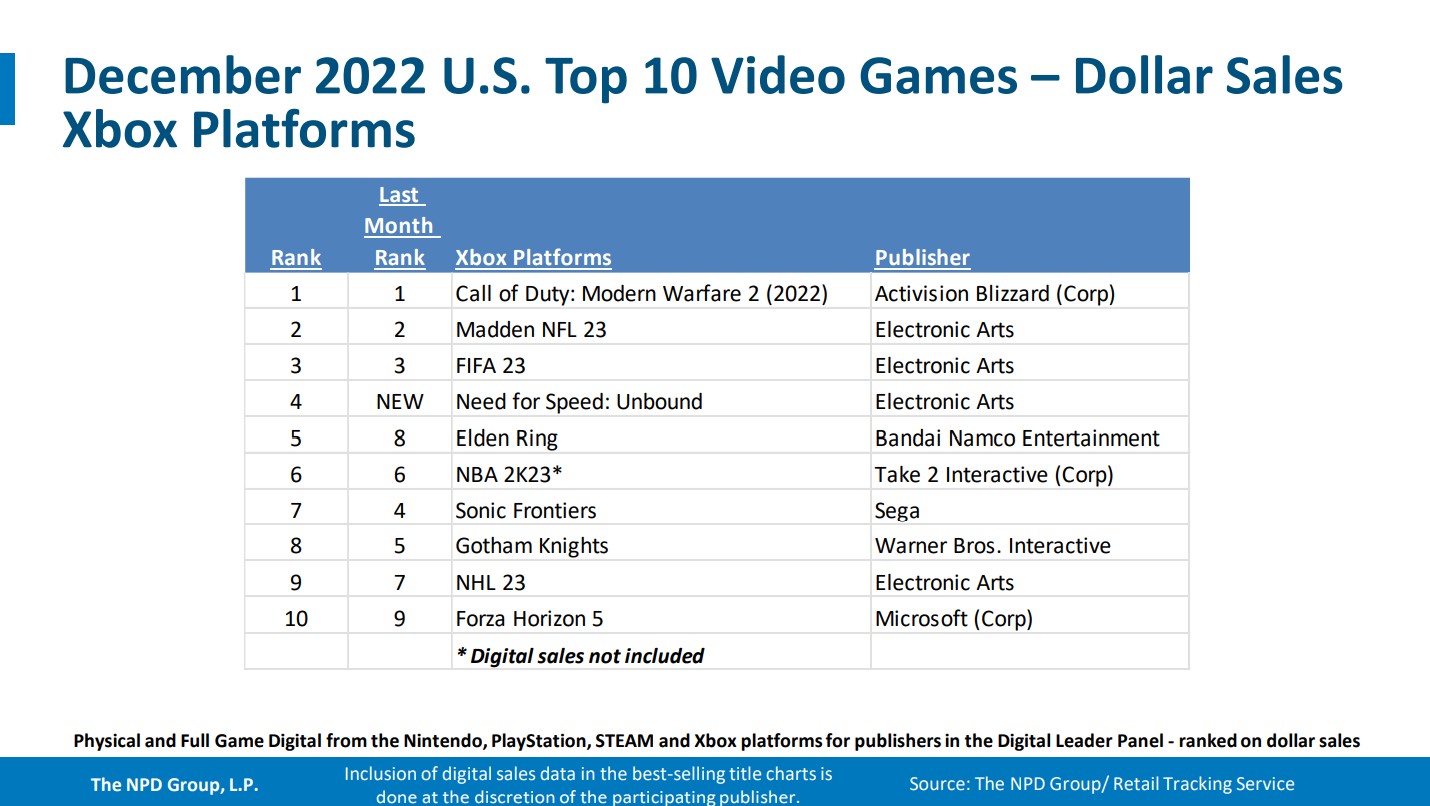 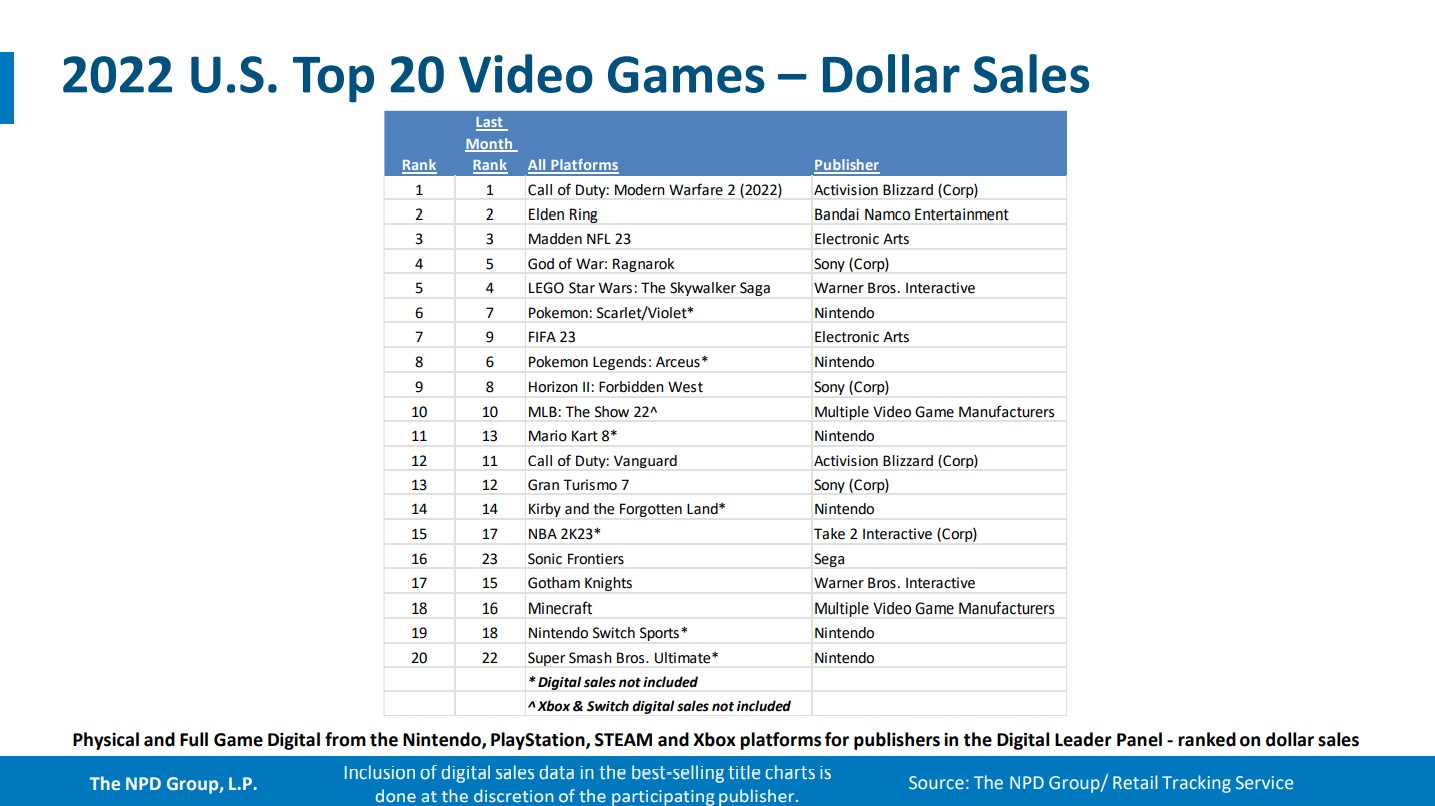 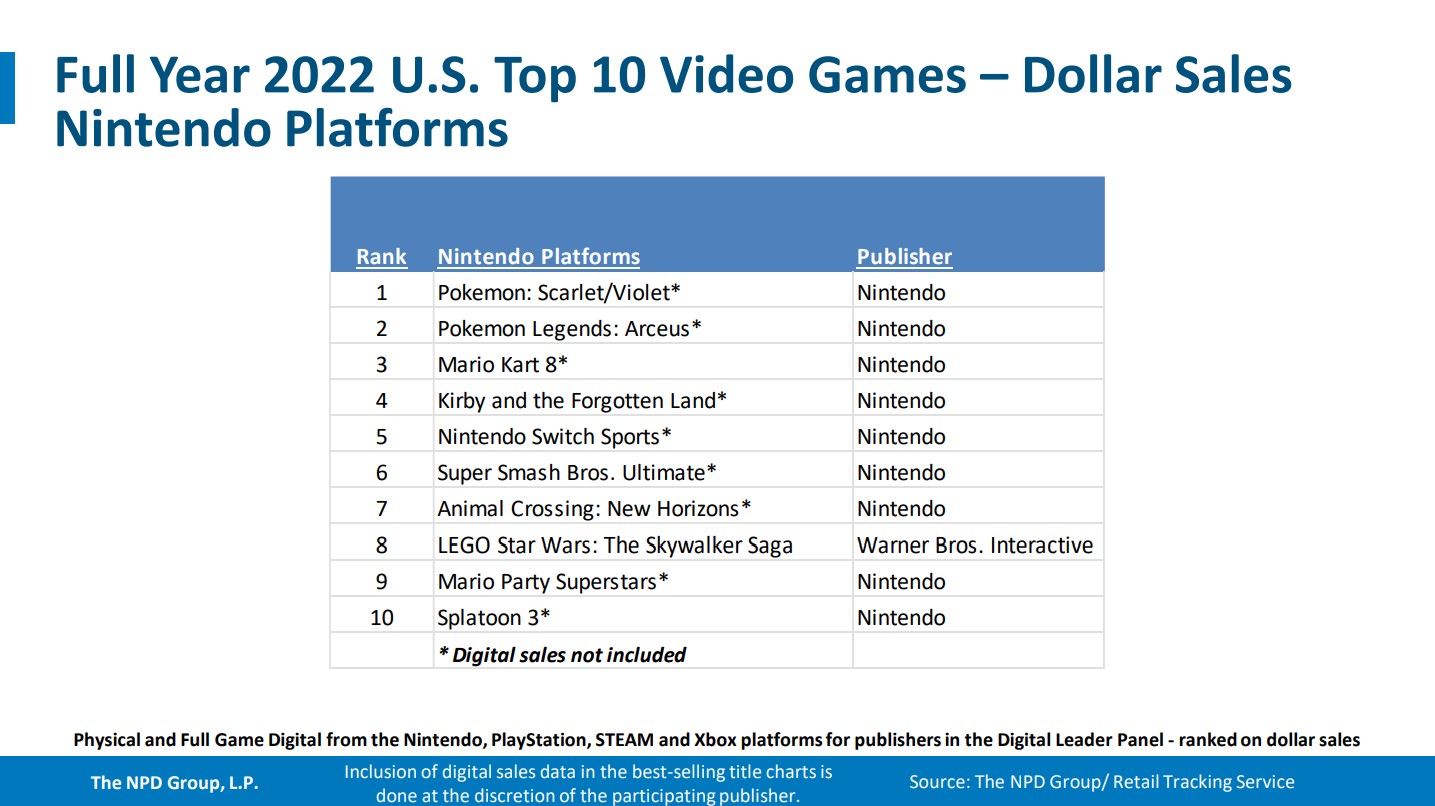 Here are the top 10 best-selling PlayStation games in 2022: 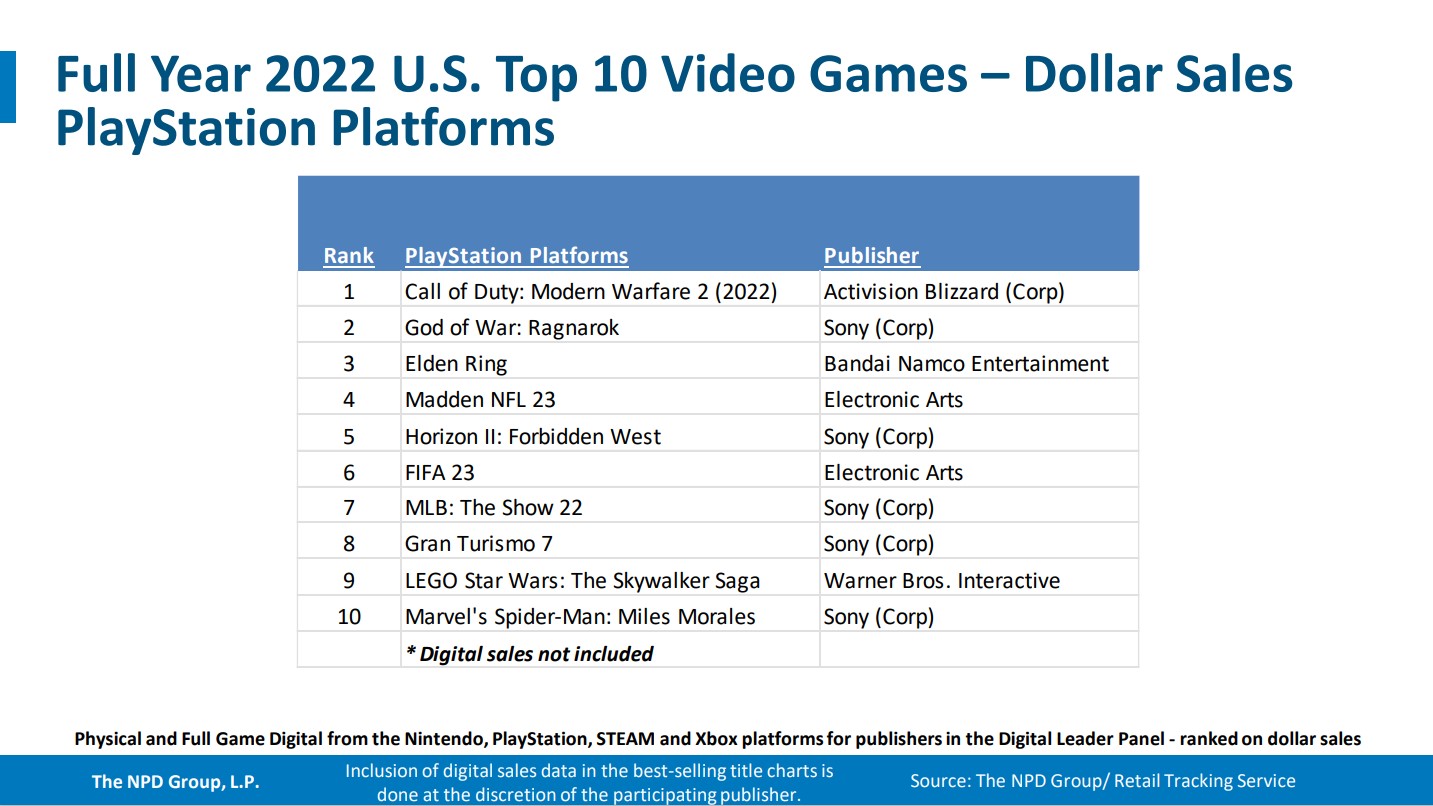 not that hard when your whole life is compared to the last gen parts of the other two, and then the suoply contraint launches of their successor. In fact, if you want to win in sales more easily, thats a good thing to go up against. The actually impressive thing for Switch is its overall sales, not that is wins vs something else. If it starts losing this year (doubtful, but possible), that also doesnt realyl matter.

It's crazy to see Mario Rabbits so high on these lists considering they supposedly underperformed. Looks like a gross overestimation of sales potential from the people on charge.