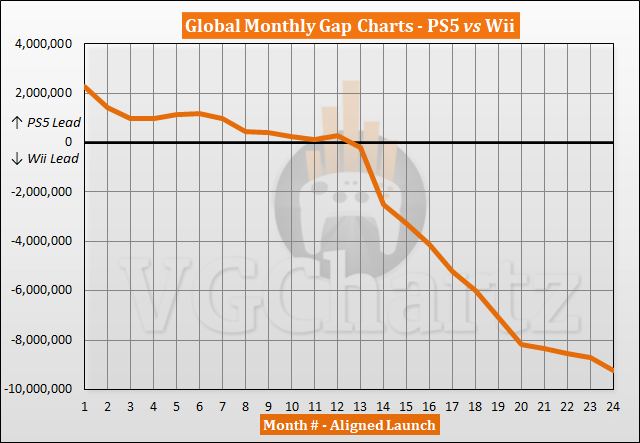 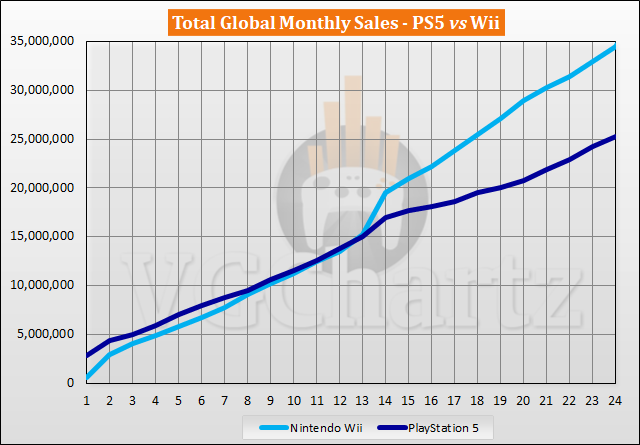 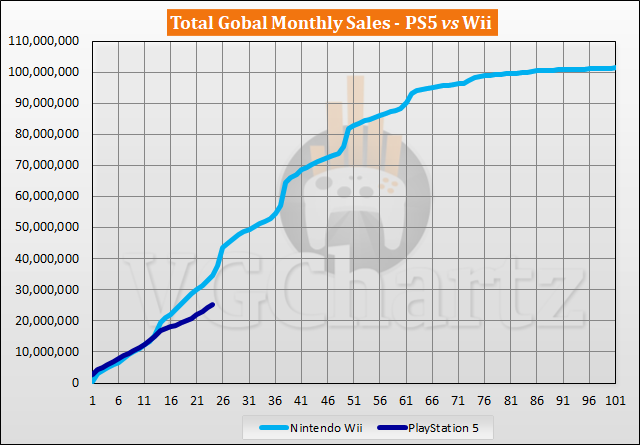 October 2022 is the 24th month the PlayStation 5 has been available for. In the latest month, the gap grew in favor of the Nintendo Wii when compared to the aligned launch of the PlayStation 5 by 525,607 units.

the Wii was a real powerhouse up to month 76 and then fell off a cliff, so PS5 has every chance to overtake it.