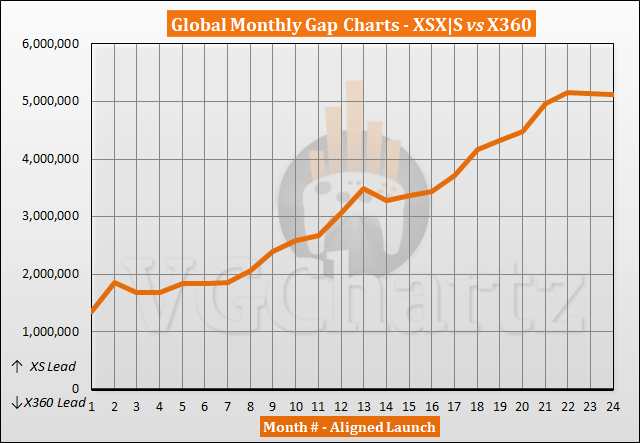 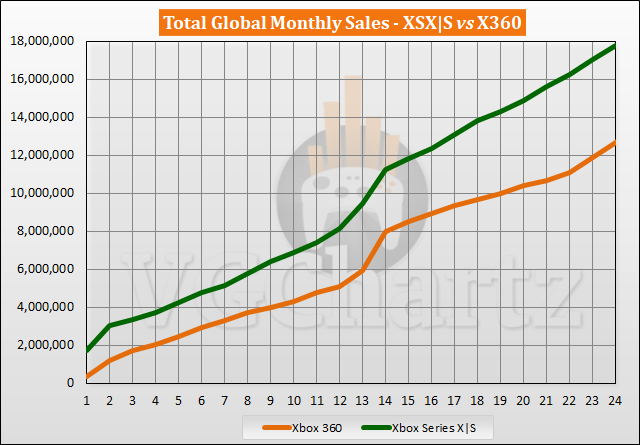 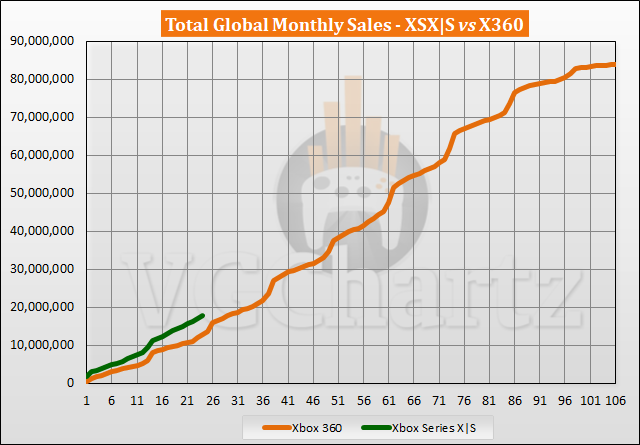 The Xbox 360 did not reach current Xbox Series X|S sales until month 30 where it had sold 18.21 million units.

Hmm, looks like Series can stay ahead for a while, probably until the second wind the 360 got through Kinect.

Yup. It's what I'm thinking as well. It should beat the One but fall short of the 360 due to Kinect being such a weird system seller.

If Microsoft can keep up with demand, Series should be significantly ahead after this holiday season.

Their promos suggest they have a lot of Series S units in the pipeline, so I think it's likely.