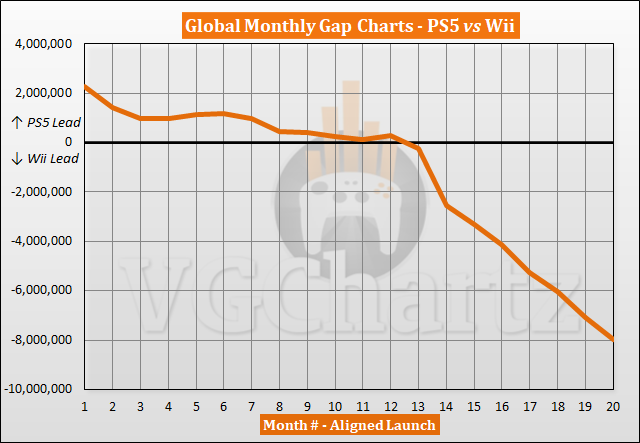 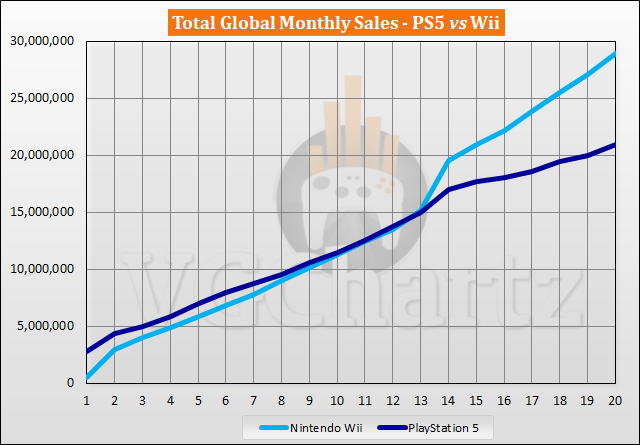 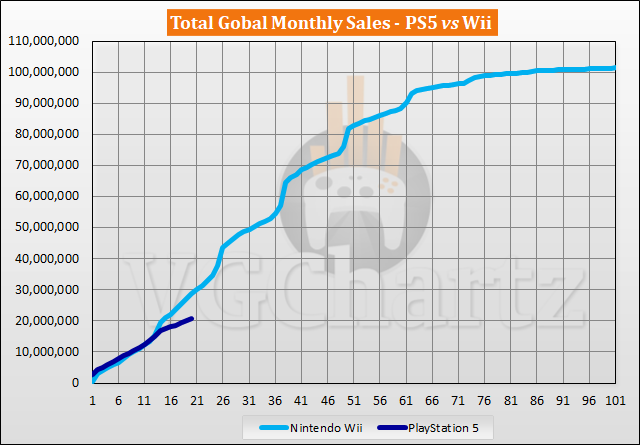 June 2022 is the 20th month the PlayStation 5 has been available for. In the latest month, the gap grew in favor of the Nintendo Wii when compared to the aligned launch of the PlayStation 5 by 0.88 million units.

Going to take years for the PS5 to catch back up to the Wii, if ever