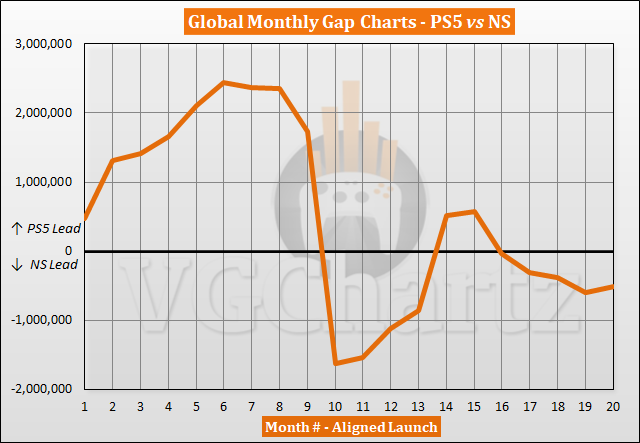 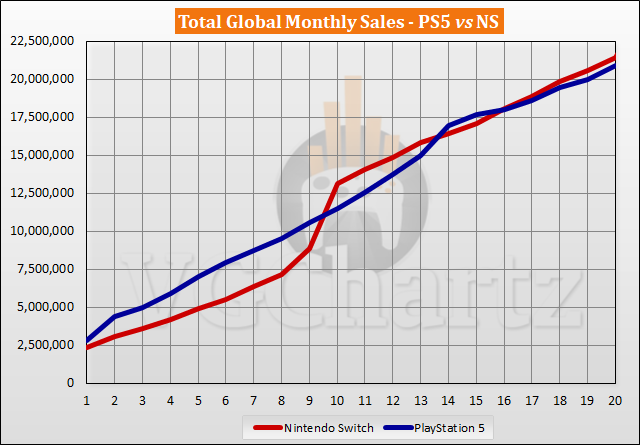 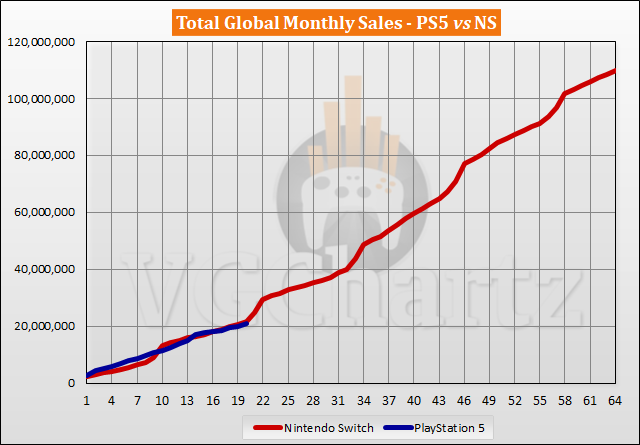 June 2022 is the 20th month the PlayStation 5 has been available for. In the latest month, the gap grew in favor of the PS5 when compared to the aligned launch of the Nintendo Switch by 83,132 units.

Switch coming up to its first big holiday bump. I think this is when it pulls away and never looks back.

PS5 keeping this close for a while was always going to be a tall order but with the supply constraints it pretty much sealed the deal. It might be many years before we see a credible contender for the Switch

Its kinda absurd that swich will be selling roughly 50% of what it has sold in 20 month during the next 2 month. ^^ Official Nintendo numbers were 32.27 million by december 2018.

The PS5 failed the last Winter-Spring, but it can still recover and compensate the damage.

I don't think the Switch is homophobic

You didn't get the reference?

No I didn't lol

'gay' is not always a reference to sexuality either.

This isn't a homophobic comment. It's an age old meme.

Replace PS5 with Bowser and you get it.

I don't think PS5 stands any chance once we get to the point where the Switch went on an absolute tear and will never catch up to it.