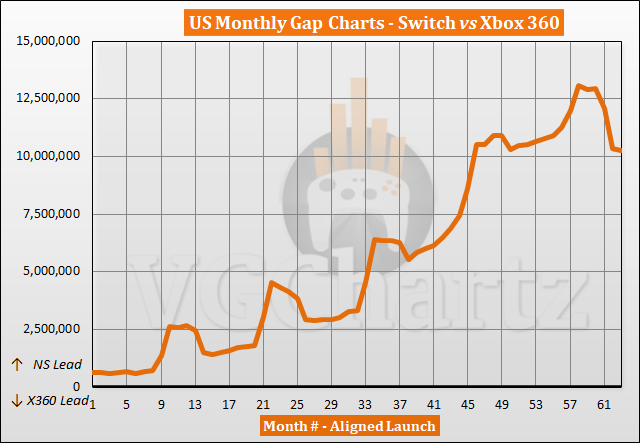 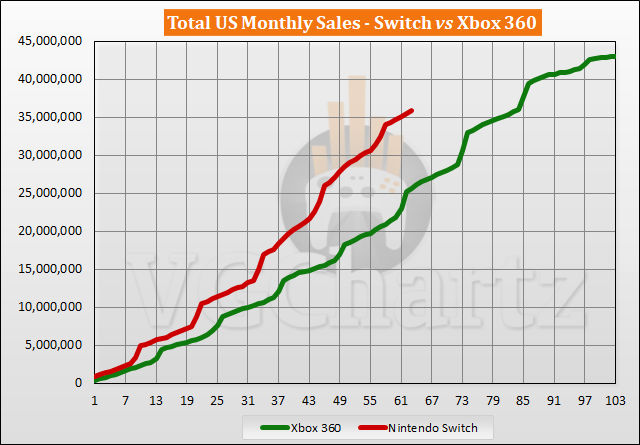 So X360 has been adjusted down in the US, going down from 45.14 to 43.75. This change the things a little bit. Now it looks way more easier for the Switch to beat the 360. Or at least on the graph. I go back and looked the old graph and it looks much more interesting. Now it's almost sure thing that Switch will pass the 360 and although the difference is around 1.5M it's making the neccessary difference to go from the 50:50 zone to the switch will most likely pass it zone.
Also why it isn't until month 134 like before but cut it only till month 103 ?