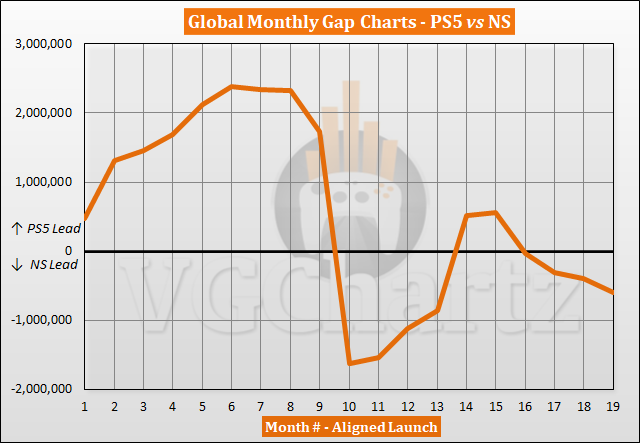 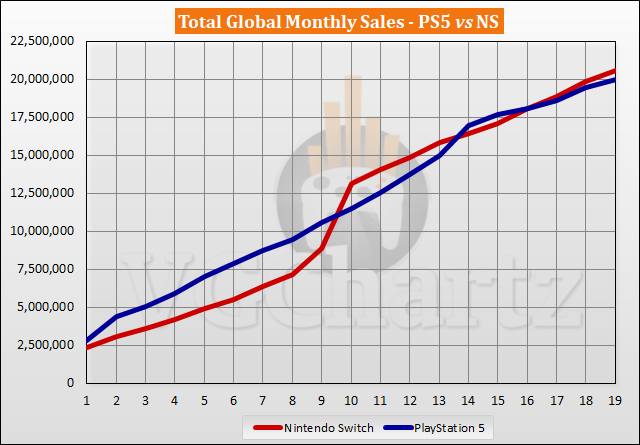 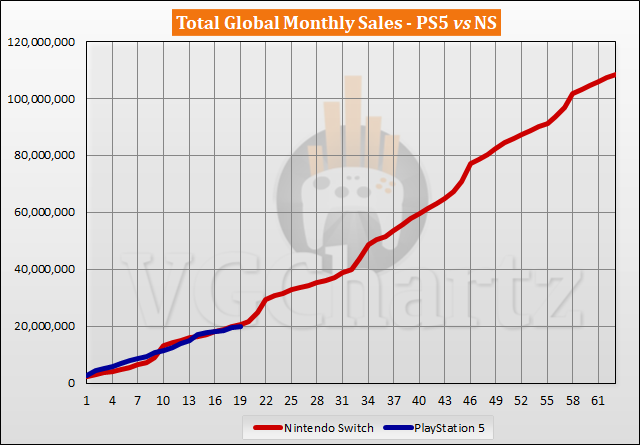 May 2022 is the 19th month the PlayStation 5 has been available for. In the latest month, the gap grew in favor of the Nintendo Switch when compared to the aligned launch of the PS5 by 202,967 units.

I'm going to be honest here. Aside from maybe some extra bulk shipments from Sony, this one is finished. Nintendo's 2019 was REALLY good and their 2020 was ASTRONOMICAL. Unless Sony beats them in the "long run"...Switch has this in the bag.

I was looking for the Switch vs PS4 in the US Sales Comparison - March 2022 but I couldn't find it. This would be the graph where the Switch will finally surpass the PS4 in the US

It's pretty obvious that Sony won't catch Switch for several years. Switch will get "holiday bump" in few weeks and Sony is still struggling to produce enough PS5s.

Thank you usa/UK for your support

You’d have thought society would have become less violent in the last 100 years; but in 2022, the Switch is still delivering beatings.