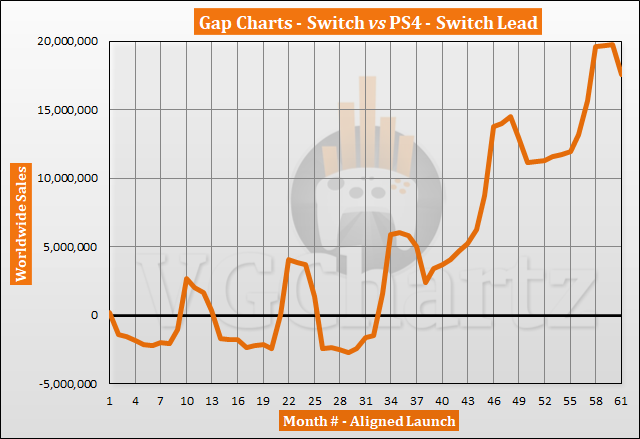 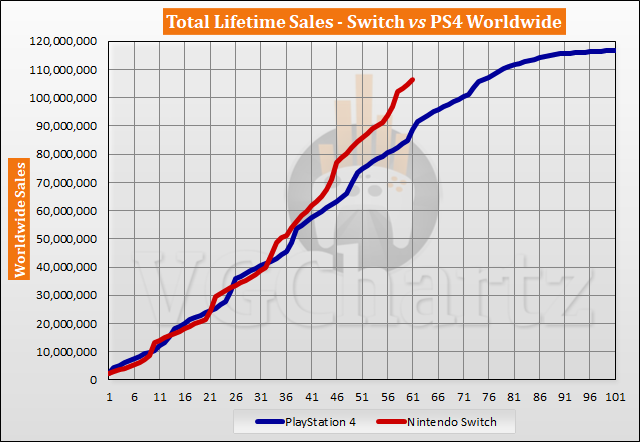 The PlayStation 4 did not reach current Switch sales until month 75 where it sold 106.57 million units.

That was the last strong holiday period for PS4. Switch already sold more units than PS4 after it's next holiday. So coming this holiday for Switch it seems likely to pass PS4 lifetime total.

November this year seems like most likely crossing point for Switch>PS4 LTD.