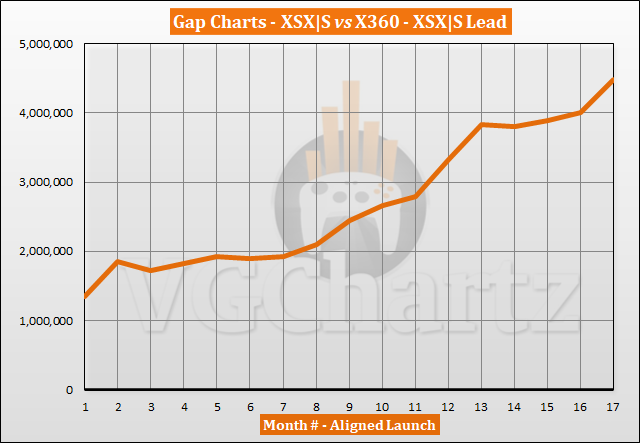 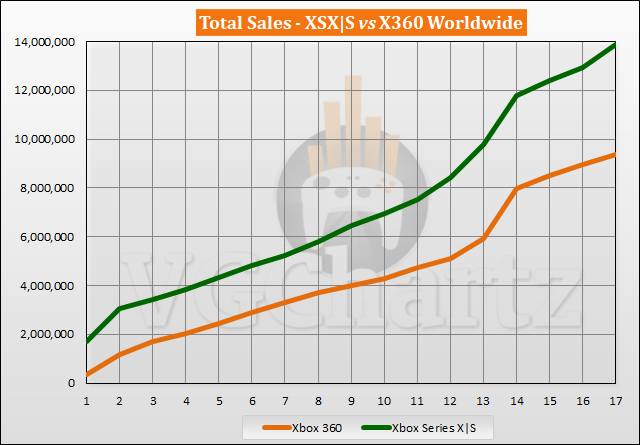 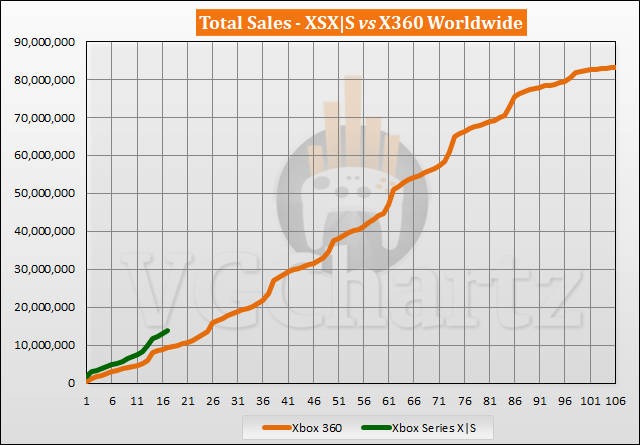 The Xbox 360 did not reach current Xbox Series X|S sales until month 26 where it had sold 15.90 million units.

I'm not sure about that. 360 had a slower start. But you can see in the chart year 5 and 6 we're actually above years 3 and I believe 4. So Series consoles will have to have longevity in order to come out on top

The very existence of the Series S suggests Microsoft intends this generation to have longevity, I think. Their rationale behind the Series S was that the Series X (and, by extension, the PS5) weren't likely to drop in price enough (or at least not fast enough). So that suggests this will be a long gen.

Agree. 360 had a slow start so has the XBS. I think MS is just getting started.

Aaron Greenberg from Xbox kinda soft confirmed these numbers. So I guess actual numbers are in the ±2% range.