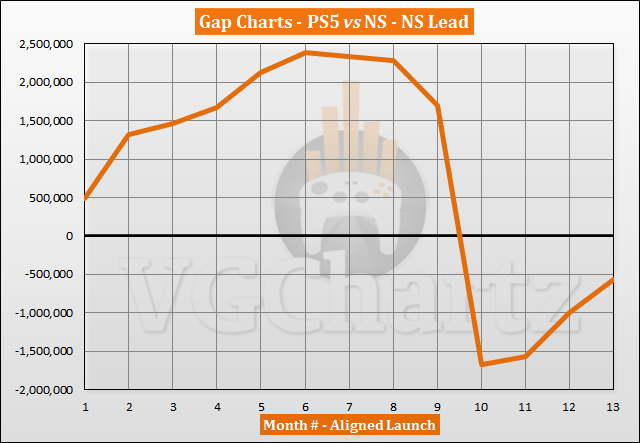 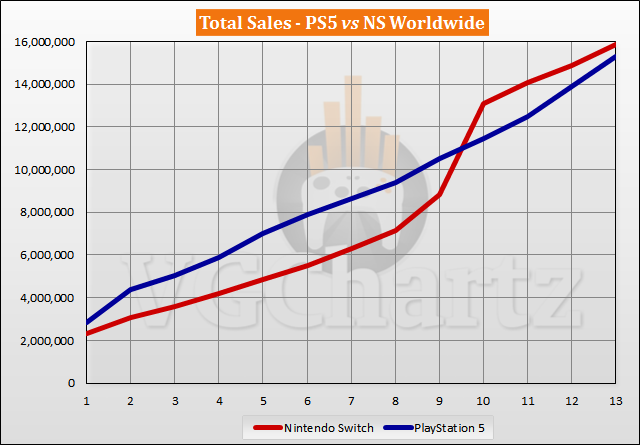 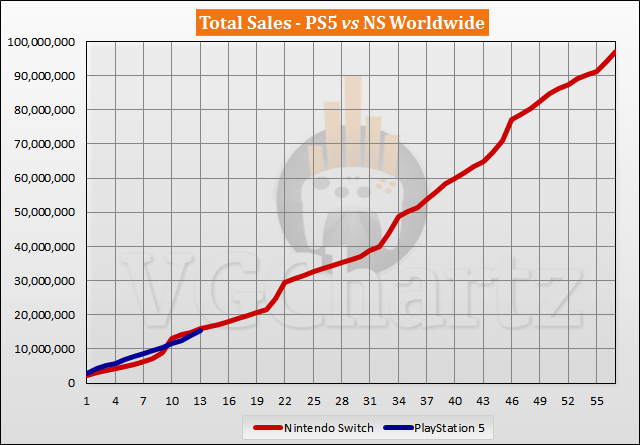 November 2021 is the 13th month the PlayStation 5 has been available for. In the latest month, the gap grew in favor of the PlayStation 5 when compared to the aligned launch of the Nintendo Switch by 420,997 units. In the last 12 months, the Switch has outsold the PS5 1.06 million units. The Switch is ahead of the PS 5 by 571,359 units.

By month 48 ps5 may not compete anymore

Switch had a weekly baseline of 180k in the second year. I expect something similar of PS5, with a bit of luck maybe 200k. The lines should cross again two times during the next 12 months.

Will we se a double helix or even a triple