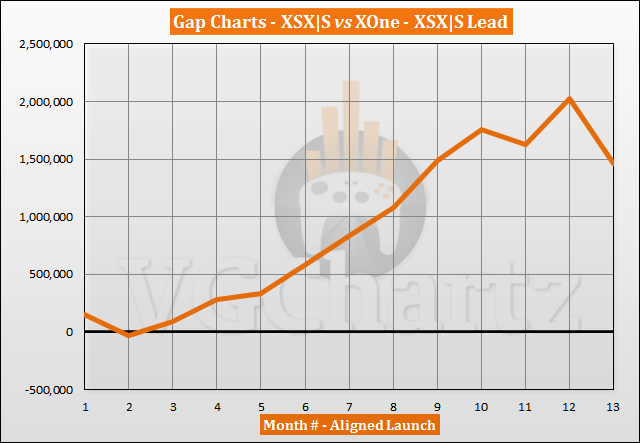 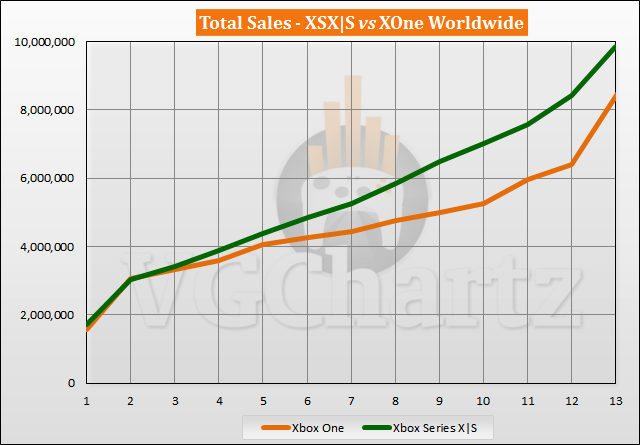 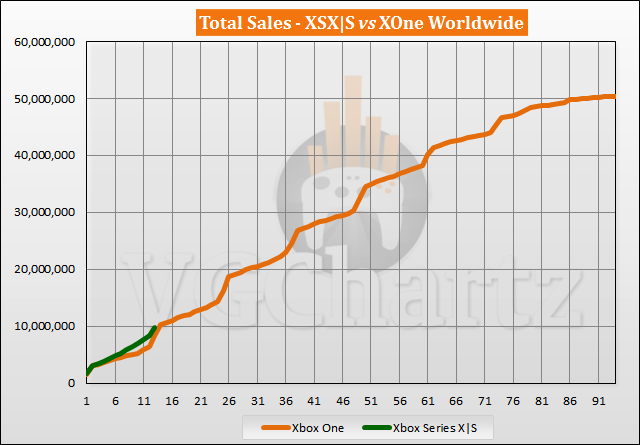 The Xbox One did not reach current Xbox Series X|S sales until month 14 when it sold 10.30 million units.

So similar to Xbox 360 lifetime.

Would love to see this happen. All 3 console makers selling north of 80 million would mean the industry is in a healthy and vibrant place. Competition in the hardware space creates excellence

Would be great, but I don't yet see that happening.

It’s probably going to be smooth sailing for the Xbox Series consoles in comparison to the Xbox One from here on out. After crossing 50 million though? Who knows. I think people underestimate some extremely aggressive Series S sales a few years down the line.

One of the reasons Microsoft cited as the reason for releasing the Series S is that they don't expect steep price drops on game consoles this gen. That doesn't mean they won't drop in price, I'm sure they will. But maybe not as fast as we'd expect. And they thought they'd come out with an inexpensive current-gen option right out of the gate, rather than tell people that they had to either spend $500+ or stay on last-gen systems. I think that was the right call, especially since they'd lost last-gen 2.3:1 to Sony.

I actually think that Microsoft would be smart to release a Series S "phat" that includes an optical drive, and a Series X "slim" that doesn't.

Optical drives aren't that expensive (Sony's $100 price difference between the PS5 standard and the PS5 digital edition exaggerates the actual cost difference). So the reason to create a Series S with an optical drive is to broaden Xbox Series appeal to people that either have physical back-compat libraries, or live places with unreliable and/or metered internet.

The reason to have a Series X mini without an optical drive would be because it would drop the retail price a bunch. It would be to make it thinner and more desirable (especially for people with limited space in their entertainment centres), and for people who would prefer Series X power over Series S efficiency, have been buying digital games since the Xbox 360, and have reliable and/or unlimited internet. You could offer a Series X slim perhaps $50 cheaper than the regular Series X, or you could offer it at the same price but increase the internal storage.

I currently favour the Series S in part because of its smaller size, which is a little bit smaller than the Series X and a LOT smaller than the PS5. So I'd be very interested in a Series X slim, as I'd rarely (if ever) use its optical drive if I had the current model of Series X.