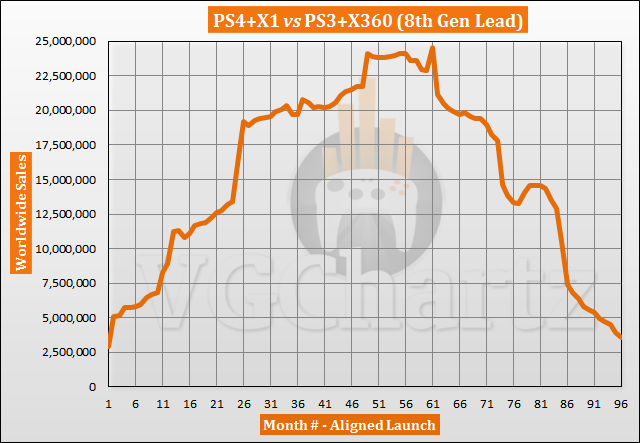 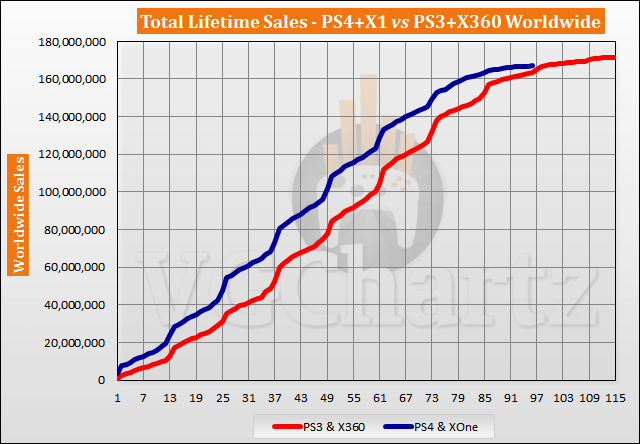 Looks like we'll see the first cross after 8 years. I don't see that PS4 and Xbox One can sell another 6 million units until end of life.