Publisher Square Enix and developer Deck Nine Games have announced Life is Strange: True Colors will launch for the Nintendo Switch via the eShop on December 7. A physical edition will release on February 25, 2022.

We are pleased to announce that #LifeIsStrange #TrueColors will be available on the #NintendoSwitch eShop on December 7 2021 and for physical purchase on February 25 2022.

Alex Chen must embrace her volatile psychic power of Empathy to uncover the truth about her brother’s death. Get the Deluxe Edition to play as Steph in the all-new story “Wavelengths,” plus four exclusive Life is Strange hero outfits for Alex.

A bold new era of the award-winning Life is Strange begins, with an all-new playable lead character and a thrilling mystery to solve!

Alex Chen has long suppressed her “curse”: the supernatural ability to experience, absorb and manipulate the strong emotions of others, which she sees as blazing, colored auras.

When her brother dies in a so-called accident, Alex must embrace her volatile power to find the truth—and uncover the dark secrets buried by a small town.

Great game. Glad people on switch get to play it.

Woo! Looking forward to playing this one.

cutting corners with the physical edition i see. im a collector so i refuse to support games that need half of it downloading.. some use 8GB cartridges for games that will fit on a 16GB one

Big physical version delay for some reason? I would understand 4-5 weeks but 11 weeks?

That is indeed quite unusual.

Finally, and now the remaster 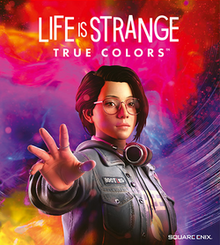