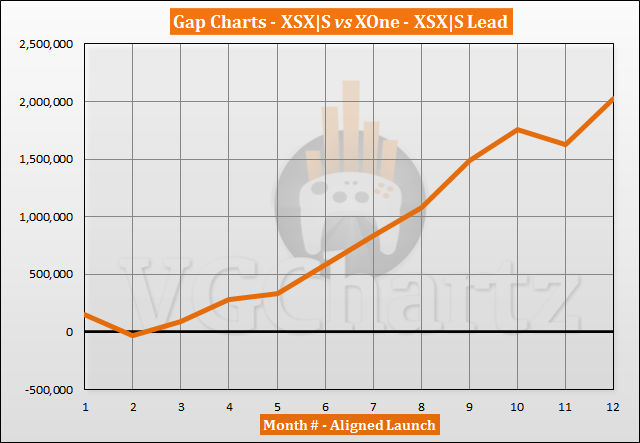 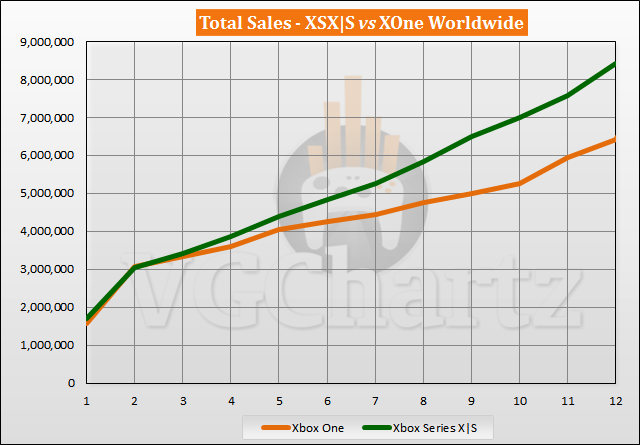 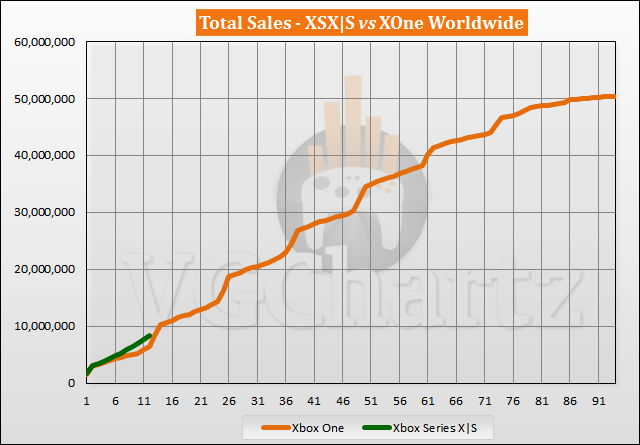 The Xbox One did not reach current Xbox Series X|S sales until month 14 when it sold 10.30 million units.