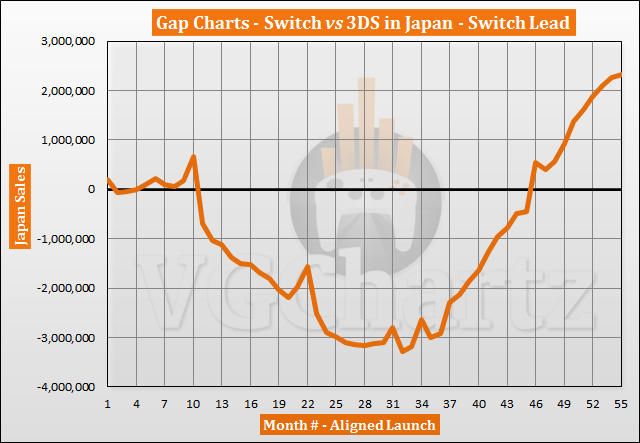 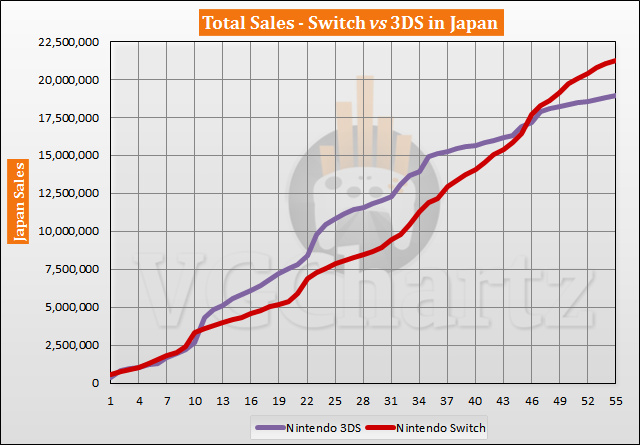 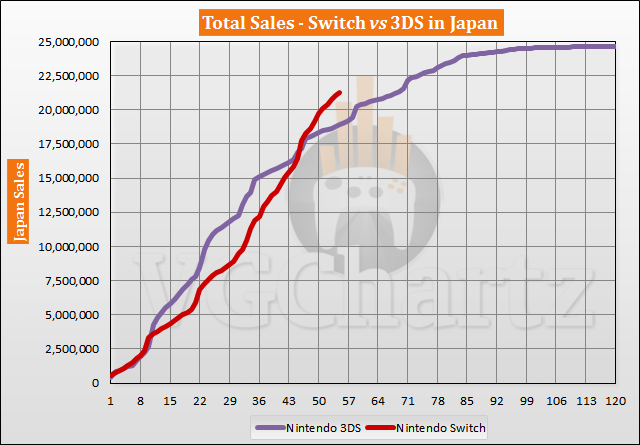 The 55th month for the Switch is September 2021, while for the 3DS it is August 2015. The Switch has sold 21.28 million units, while the 3DS sold 18.96 million units during the same timeframe. The 3DS did not reach current Switch sales until month 69.

The 3DS has sold 24.66 million units lifetime in Japan through August 2021. The Switch is currently 3.38 million units behind the lifetime sales of the 3DS.

This will be over next year.

That doesn't even make sense. Some of the most anticipated NS titles will be released in 2021, such as Zelda Botw 2, Bayo 3, Pokemon Legends and probably other titles not yet announced.

I believe the Switch loses strength in sales in 2023, especially after the release of Metroid Prime 4.

He's talking about the comparison.
Next year, the Switch will pass the 3DS' lifetime sales and that'll be the end of it.

Yeah, I meant the comparison, obviously the Switch won't get a successor next year.

when the switch was first introduced, did anyone predict this?

Here is a related prediction.
https://gamrconnect.vgchartz.com/thread/234359/prediction-the-switch-will-become-the-best-selling-console-yet/