FIFA 22 (PS4) has remained first place on the French charts for week 41, 2021, according to SELL. The PlayStation 5 version is up two spots to third place. 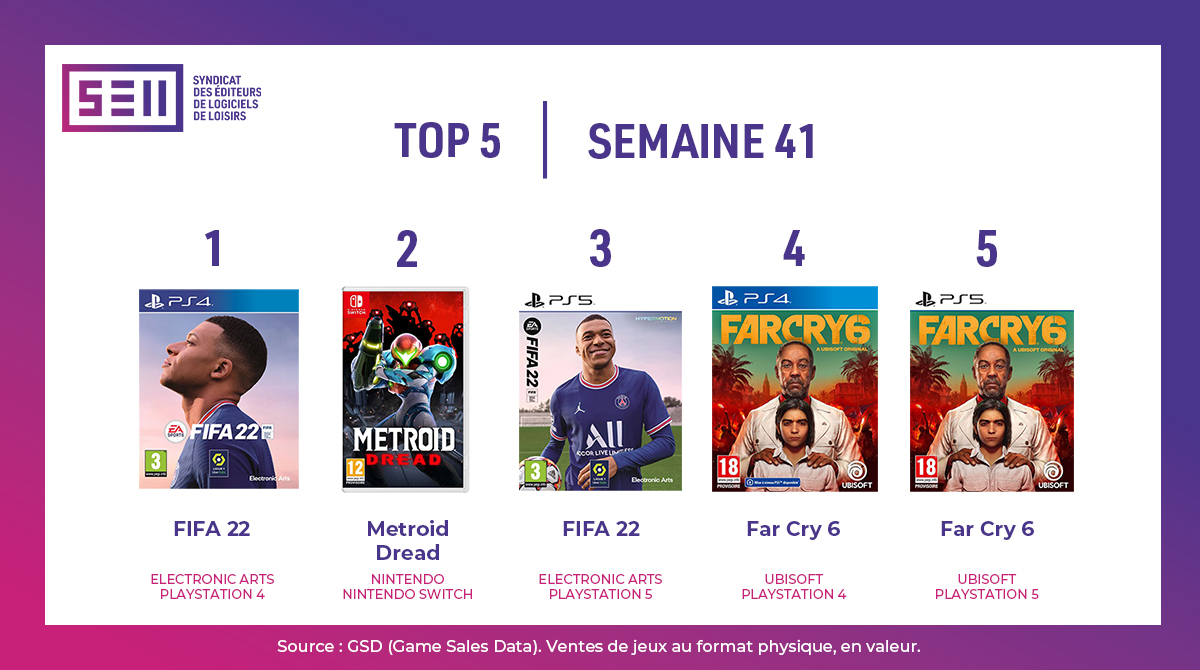