Even though I haven't played his other works yet, Richard Hogg's name should be familiar to any fan of Hohokum or Wilmot's Warehouse.  Their respective trailers highlight a genial warmth layered over some typical genre templates.  In an era of sullenness, both within the real world and layered into a plethora of popular games, it's comforting to see Hogg and developer Hollow Ponds handle death in such a saccharine way.  That's pleasantly surprising for a blatant title like I Am Dead.  Although I welcome this team's heart-warming examination of what lies beyond, the often-lifeless puzzle design is too on-the-nose.

Morris Lupton was the well-regarded museum curator on the tiny isle of Shelmerston.  He's also dead.  Death isn't just a permanent consequence, however.  In this universe, it's another opportunity to save those closest to you still living.  Upon reuniting with the ghost of his dog, Sparky, Morris learns that Shelmerston's volcano is primed to erupt.  An ancient ghost's power is waning and this incorporeal duo must find someone new to serve as 'The Custodian' before it's too late. 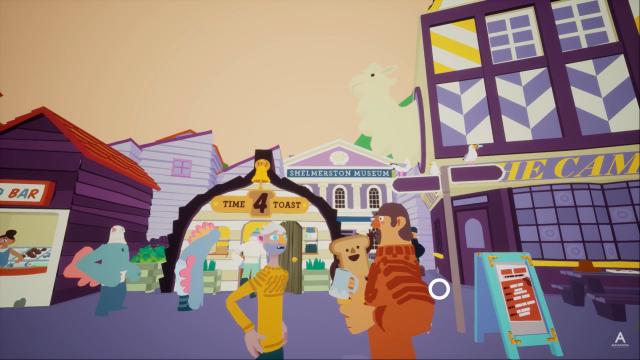 This goal is accomplished through a neat gameplay concept: searching through acquaintances' memories of the deceased party and discovering relevant mementos hidden in the environment.  It's essentially a 3D hidden object game.  Did you ever read through any "Where's Waldo" books as a kid?  In a 3D space, you can now manipulate the z-axis to peer through objects that might be hiding him.  In essence, discovering Waldo demands the camera piercing through a building to see him inside a 2nd floor office.  Now apply that idea to discovering a special cup set inside a briefcase or a safe.

Venturing into the thoughts of the deceased's friends & family is where the story does its heavy-lifting.  Listen to a couple of sentences, hold the forward button (RT) to manipulate the diorama, and repeat.  The side character could have a heart-warming tale, such as a yoga trainee befriending a medal-awarded soldier.  Morris, with his tremulous cadence, then comments on this discovery.  Getting a more well-rounded understanding of the encased spirit and discovering all of their mementos will extricate them from their chains to then be recruited.

I really enjoy this set-up with respect to pacing.  Even though there's a ticking clock element with the volcano, it's easy to spend a quaint 20 minutes (or so) getting undisclosed info on some of Shelmerston's late residents.  Even if one can't learn everything about someone within a short timeframe, the brief character stories feel succinct and disparate from one another.  If there's one major gripe I have it's with the overindulgent twee writing found throughout.  I still liked the gentler aesthetic about death and community, but it can’t help itself from tumbling into Hallmark Channel-levels of maudlin. 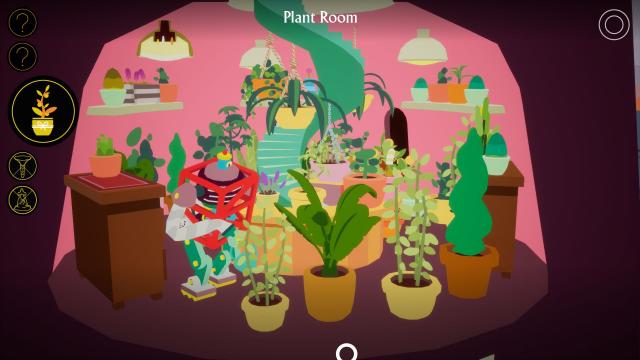 Storytelling is both enhanced and detracted by the voice acting.  On the negative side, the infrequent young voice actors heard are still novices.  Sometimes the line-reads suggest they're on the verge of giggling for some reason; conversely, David Shaughnessy perfectly captures Morris' tentative, doughy demeanor.  Of course, most of the other adult actors also do well, but Shaughnessy is worthy of award nominations.

Sadly, there's not as much room for surprise in hunting down mementos versus the character stories.  Initially, I fell in the love with the effect.  Just the way you peer through big objects like closets, bushes, and so on, feels more personal than the static 2D prints in Artifex Mundi's titles.  As time goes on, though, there's clear repetition: listen to character's memory, scour all the selectable items within the immediate area, and then move on to your next target.  This is the vast majority of narrative-centered puzzles.  The ones that aren't easy-going rely on being a bit obtuse in certain directions to appear more challenging.

To compensate for said repetition, Sparky asks you to also find these minute creatures known as Grenkins.  These beings are unearthed after viewing an object at a specific angle.  For example, imagine a blueprint of a skinny line and a ball.  You must scour within the immediate vicinity and rotate objects until discovering the intended result.  Considering how precise you must be, these conundrums are often more demanding.  But this disparity in difficulty makes me wonder why there's a gap to begin with.  These supplemental challenges could've been incorporated into the main narrative and had a real incentive to finish. 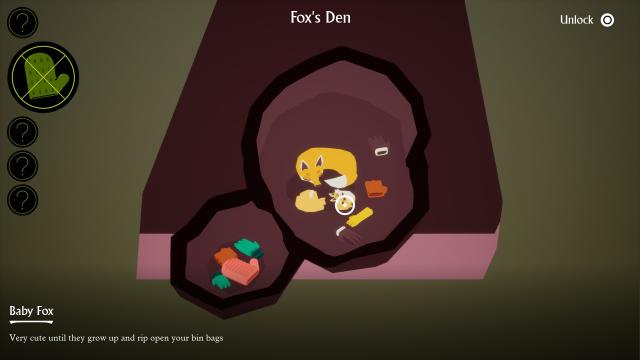 Audio-visual presentation is among Dead's most consistent qualities.  The art style reminds me of older coloring books I used to own.  Humans, fish people, and toucan boat captains are scattered across the whimsical isle and fit comfortably into this playable kids cartoon.  The painterly art style compliments gameplay with clear & concise visual information too.  Vic Mars' soundtrack also does a respectable job in capturing the scenic pleasantness of Shelmerston and compliments the sound design.

Value is a bit more contentious since it retails for $20 and I maybe got two hours from it.  Granted, this was a non-completionist run, but I never felt compelled to find every single collectible anyways.  Even with that, the total experience goes up to three hours at most.  It's also rather annoying how such a collectible-heavy game doesn't have a level select, so you're either relying on an earlier save or restarting if you didn’t clear it. 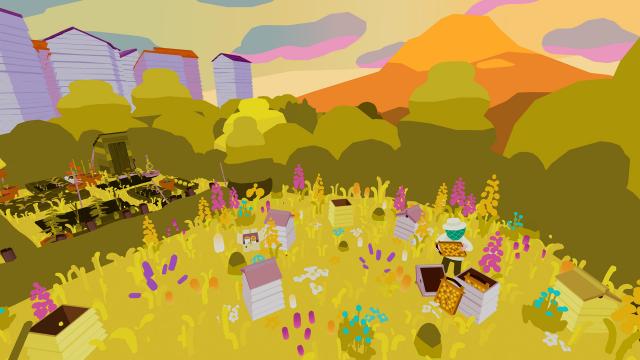 Respect for I Am Dead's cozier atmosphere can only get it so far.  It's nice coming into a game about death and seeing an earnest joe-schmo learn more about his cherished hometown before his final resting place.  From presentation to storytelling, Hollow Ponds & Richard Hogg wanted to make a game that exuded warmth.  The problem comes back to the puzzles surrounding that softer tone.  Since the important ones are often stale and the secondary ones aren't compelling outside of achievements/trophies, I can only see the other positives being just enough for genre fans.

This review is based on a digital copy of I Am Dead for the XS, provided by the publisher.