Ghost of Tsushima Director's Cut (PS5) has remained in first place on the French charts in week 30, 2021, according to SELL. 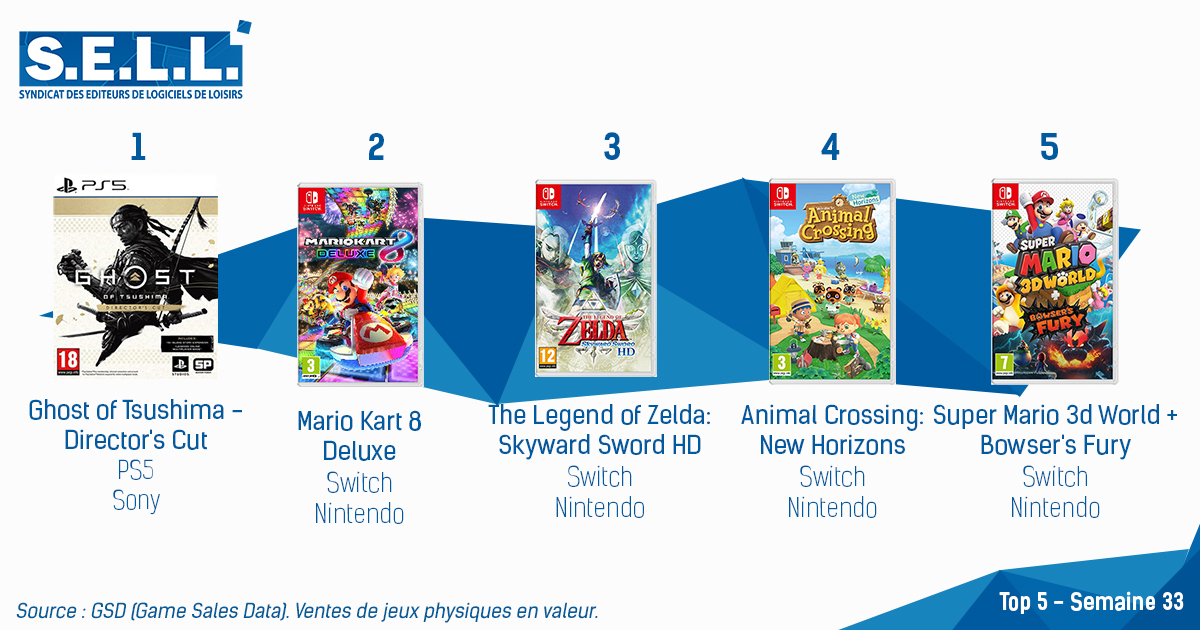 I'm happy that Ratchet and Returnal are remaining high on the PS5 charts. Being early gen heavy hitters hopefully gives them long legs.