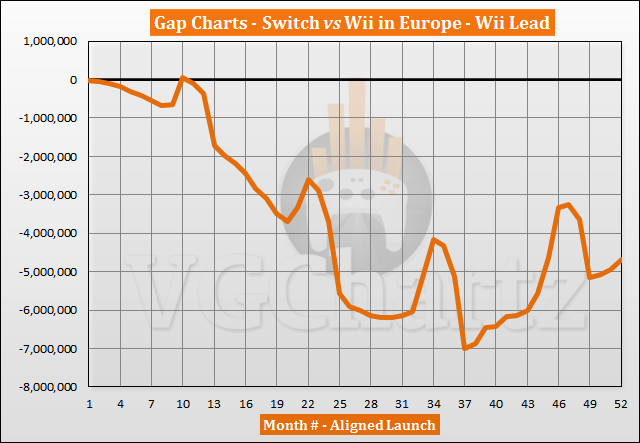 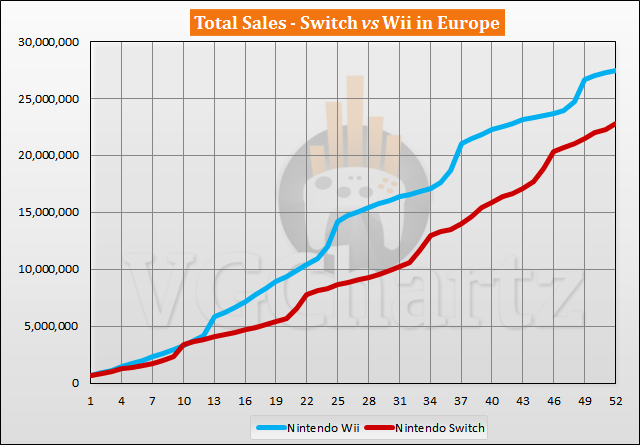 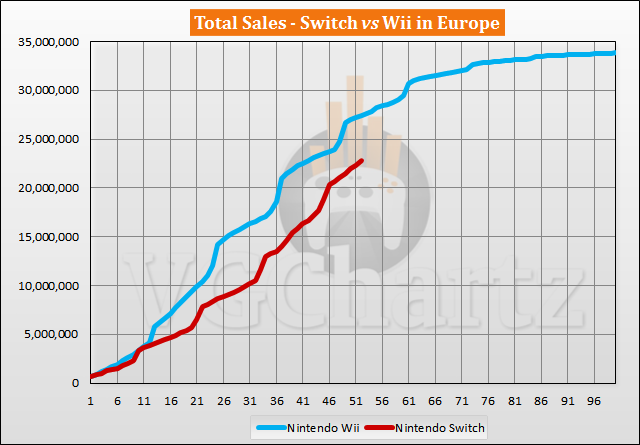 June 2021 is the 52nd month that the Nintendo Switch has been available for in Europe. During the latest month, the Switch caught up by 259,023 units when you align the launches of it with the Wii. In the last 12 months, the Switch has outsold the Wii by just 1.75 million units. The Wii is currently ahead of the Switch by 4.68 million units.

The 52nd month for the Nintendo Switch is June 2021 and for the Wii it is March 2011. The Switch has sold 22.76 million units, while the Wii sold 27.44 million units during the same timeframe. The Wii sold current Switch sales in month 42.

The Wii sold 33.88 million units in Europe during its lifetime. The Switch needs to sell another 11.12 million units to outsell the Wii.

Switch won about 2 million against Wii over the last year. But the remaining gap is still 5 million. Wii is in the phase to cool down though, but maybe Switch is too? Maybe not. If Switch can keep up the pace from last year, it may close the gap by 3 million this time and then it seems doable to overtake the Wii. But if Switch starts to slow down as Wii did, it may never overtake Wii. I guess we'll see how it goes. Interesting fight either way.

The Switch's lifespan is also going to be a very big factor. Nintendo doesn't seem to want the Switch replaced any time soon, and if the Switch gets one or two years more without a successor than the Wii, it will certainly beat it.