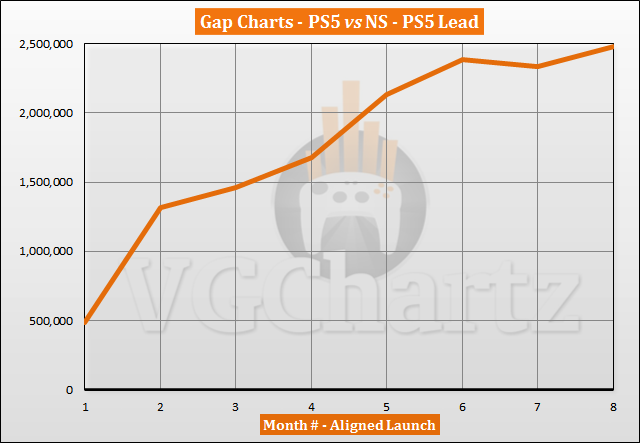 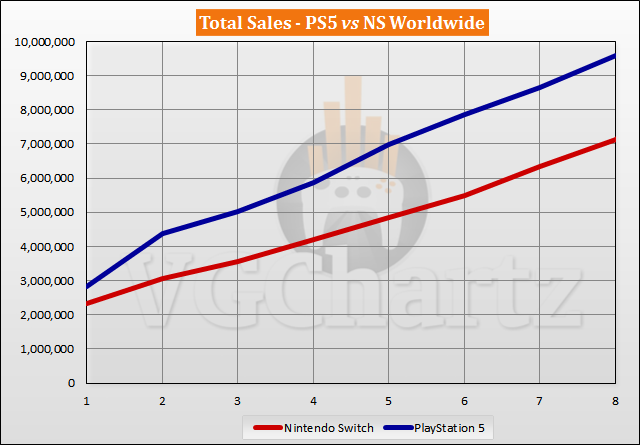 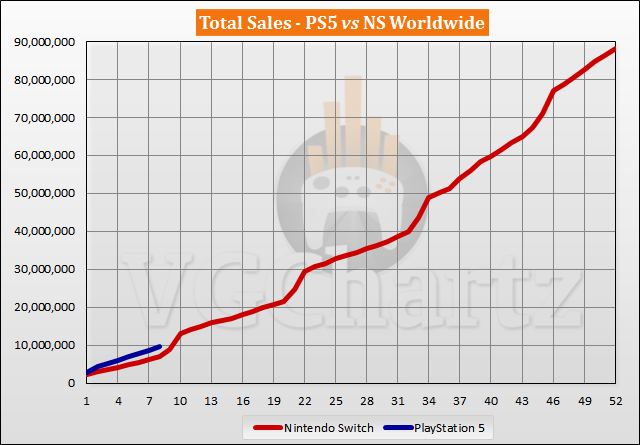 The Nintendo Switch did not reach current PlayStation 5 sales until month 10 where it had sold 13.12 million units.

Considering how the PS5 is doing slightly better than the PS4, this graph should be more favorable to the PS5 than the Switch VS PS4 graph was for the PS4 pre-Animal Crossing. Will be interesting to see how things unfold.

Well, they're selling them as fast as they can make them.
They'll stay ahead of the switch if they supply enough units.

Looks like they'll have a similar back and forth as ps4 and switch, with the ps5 doing better than the ps4. It'll be interesting how things look once animal crossing hits.

PS5 should compete well until about month 33. Then it'll be fun watching Switch power away in the graph. When Animal Crossing hits (month 37) PS5 has no chance.

Both consoles had a considerable supply issue for their first year, I wonder if this trend is going to continue when the PS5's issues get solved, or if the gap will widen.

switch have two, three years in some markets.