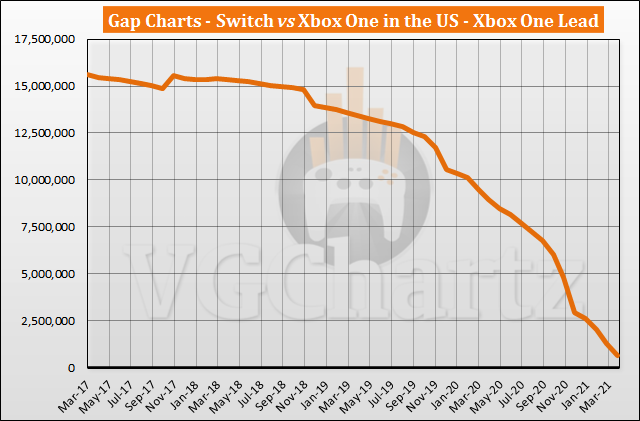 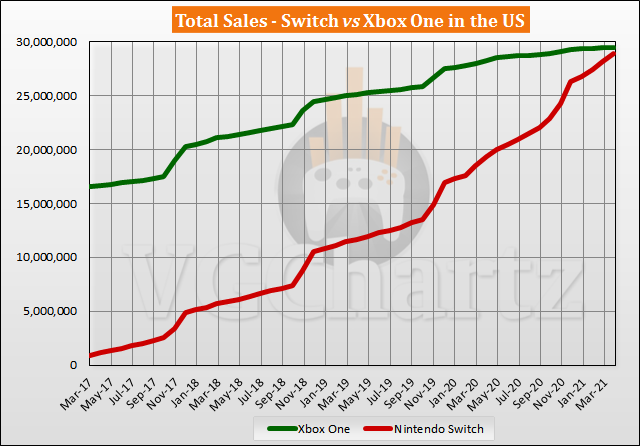 April 2021 is the 50th month that the Nintendo Switch has been available for in the US. During the latest month, the gap shrunk in favor of the Switch by 666,012 units when compared to the Xbox One. In the last 12 months, the Switch has caught up to the lifetime sales of the Xbox One in the US by 8.34 million units. The Switch is currently just 620,286 units behind the lifetime Xbox One sales in the US.

If you were to align the launches of the two consoles in the US the Switch would be ahead by 8.59 million units, as the Xbox One had sold 20.28 million units through 50 months.

That's over next month too.

Likely so, yes, If not then really only by the thinnest of margins