When I found out that Shantae had Capcom affiliations, I looked at my feet in shame for all my years of ignorance. When I learned it was a Game Boy Color game, I went to the mirror in my bathroom, just so I could glare at myself. These days I'm slightly more enlightened than I was, and though Shantae remains the wonderful title it always has been, it falls victim to the limitations of the hardware it was developed for.

Originally released in 2002, Shantae is an ambitious adventure that proves more than capable of overcoming its flaws. Led by the nefarious Risky Boots, a gang of marauding pirates have invaded Scuttle Town, stealing an experimental steam engine. Answering the appeal of her distraught community, half-genie Shantae makes her way across Sequin Land to collect the four Elemental Stones, before Risky can use them to enhance the steam engine and create the ultimate doomsday weapon. 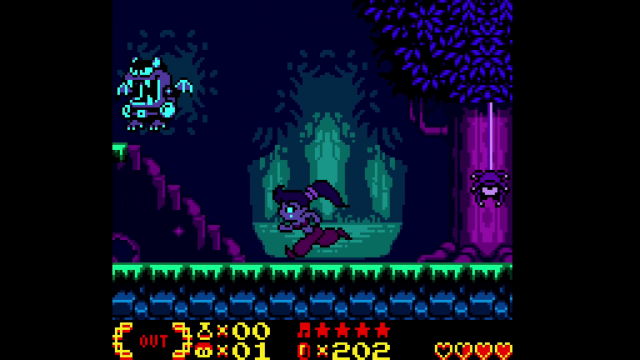 A litany of games clearly inspired Shantae's design; there are so many classics it pays homage to, even a relic like myself would be hard-pressed to identify them all. The immediate thing that stands out about Shantae are the outstanding graphics, which are the most impressive I've seen from a Game Boy title, color or otherwise; the quality of animation easily approaches Disney's efforts with Aladdin and The Lion King during the 16-bit era. I can't help but wonder what could have been possible on the PlayStation 2 or GameCube in a post MegaMan X4 world, when cel-shading was all the rage.

Naturally, this leads to a discussion about Shantae herself, who treads a somewhat uncomfortable line of being too much of a woman for children, yet too much of a girl for an adult. Her booty wiggles when she crouches and her breasts jiggle when she slides or jumps. Don't get me wrong, I'm attracted to the female form just as much as the next fallen angel/ancient alien, but I'm not sure Game Boy heroines need to be so sexualized. As I said, Shantae outgrew the system it was made for. I would have been slightly embarrassed to have my mother see me playing this in 2002; in 2021 it's mortifying – but how was I to know Shantae and I had identical fashion senses? 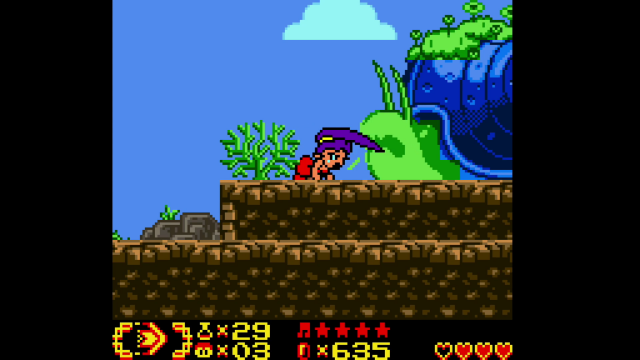 But when it comes to gameplay (the most important part), Shantae is quite nuanced. Her basic attacks can be supplemented by optional equipment that layer her playstyle. Boots grant a Guile-esque Flash Kick, handy for attacking aerial foes. The sash builds off of this, allowing for a follow-up attack that sends Shantae back to the ground. Bracelets can store a charged attack that can be further extended by the tiara's deadly twirl. These are bolstered by items that can be purchased, such as lightning clouds, fireballs, or bombs. As much as Shantae can be pigeon-holed into the Metroidvania genre, anybody with fond memories of Viewtiful Joe might want to take notice as well.

Fans of Zelda II: The Adventure of Link and Castlevana II: Simon's Quest (yes, they exist) should also be intrigued by what Shantae has to offer. The various locations and their inhabitants are as helpful (and occasionally deceptive) as they are in the aforementioned titles, while the ever-changing day/night cycle has subtle effects on the game world. In general, there are three basic modes: town interactions, the overworld, and dungeons. Surprisingly, these elements synergize quite well and are very interdependent on one another for success. 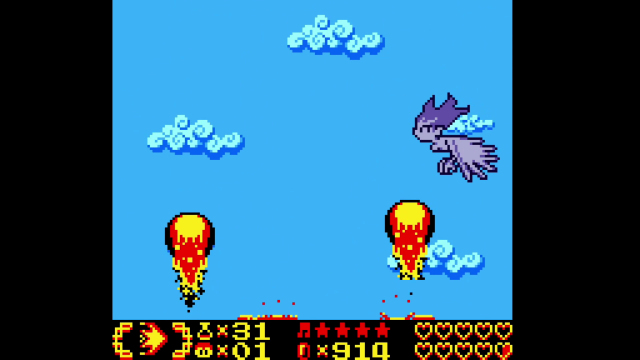 Towns have charms of their own, ranging from colorful NPCs to various minigames or other exclusive content. Gambling enthusiasts have access to a couple of simple, lucrative business opportunities. Scuttle Town's Dance Parlor thrusts Shantae into a Dance Dance Revolution-style scenario, where proper timing earns quick cash. Oasis Town's Gecko Chamber is a dice game where hundreds of gems can be gained in mere seconds. Bath houses restore hearts, while shops offer goods of varying quality, and save rooms function as one might expect. Special attention should be paid to the Warp Squid huts. Any four baby squid found in dungeons can be redeemed for a special dance, allowing Shantae to teleport to that location. Proper distribution of these can save hours of progress (especially when applied to the Zombie Caravan or Oasis Town) if the player is willing to commit themselves to the hunt. Water Town offers exclusive items Shantae can equip. As strange as it might sound, visiting the various locations was my favorite part of the game. Use them wisely and you'll be well rewarded.

Of all the aspects of Shantae, overworld navigation has aged the worst and is the largest obstacle standing in the way of enjoying the game. Enemies are unexpectedly durable (particularly at night) and are positioned in opportune, unfair locations, able to strike from multiple screens away. Leaps of faith are commonplace, requiring dedicated memorization to ensure success. Heath containers and other upgrades are littered throughout the land, encouraging exploration. Patience is the king to Shantae's queen - stay steady and ready. 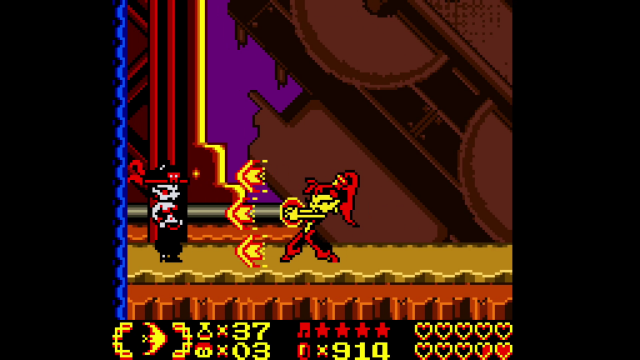 The final piece of the puzzle is the dungeon-crawling, where Metroid and Zelda II's slow influence are felt most strongly. Collecting keys, rescuing maidens, and learning new dances to traverse to new areas quickly become a familiar rotation (don't forget about the baby squid!). These culminate in boss battles where Shantae's new techniques are used to persevere. Overall, the dungeons hold up nicely, requiring both thought and patience without becoming frustrating. Aside from the simplistic bosses, the weakest aspect is the lack of a map or navigation assistance. Limited Run was aware of this, including complete layouts of each in the 'Extras' section. Unfortunately, this largely spoils them for the player, but it's a necessary evil and I have no doubt plenty of people will be grateful.

Shantae's homecoming is a cause for celebration. There couldn't be a better time or place for the series to regain some much deserved traction, and the diehards will be ready to go. Newcomers might be turned off by some of the dated mechanics that hinder the gameplay, but those who can accept its shortcomings will clearly see that this was one of the Game Boy's best offerings. With her animal dances, spells, and command moves, the Marvel vs. Capcom 3 fan in me can't help but feel like we were potentially robbed of a great addition to the cast. Anyone looking for some classic, old-school gaming can call off their search. Whatever Shantae's future holds, her past is worthy of dedication, but it's up to the player to prove themselves worthy of inheriting its legacy.

This review is based on a digital copy of Shantae for the NS, provided by the publisher.

Love the series, but I have to admit this one was a bit rough to get through.

"When I found out that Shantae had Capcom affiliations, I looked at my feet in shame for all my years of ignorance."

Based and redpilled. I didn't know that until you mentioned it, actually! (Or I probably forgot haha) 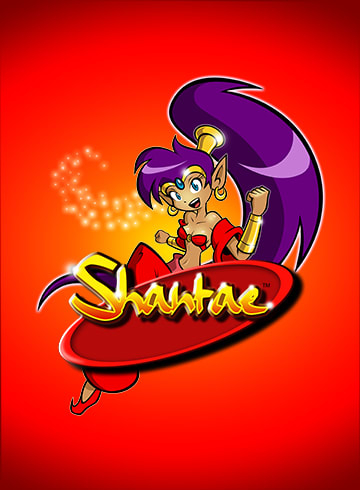