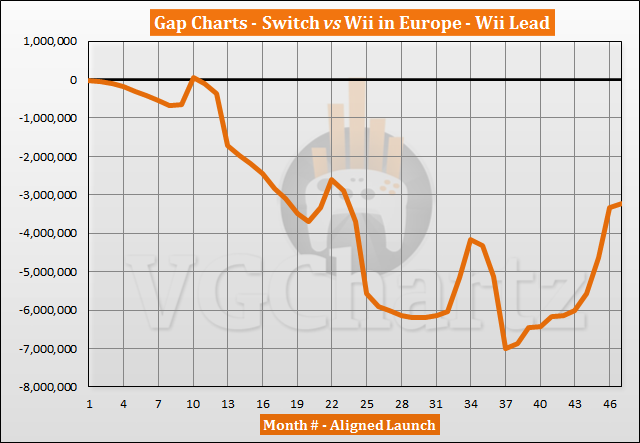 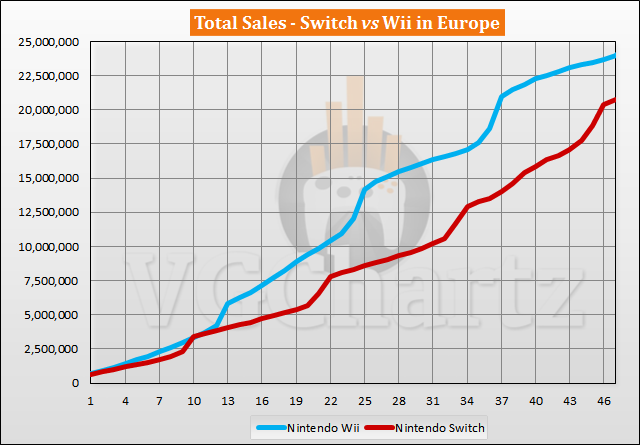 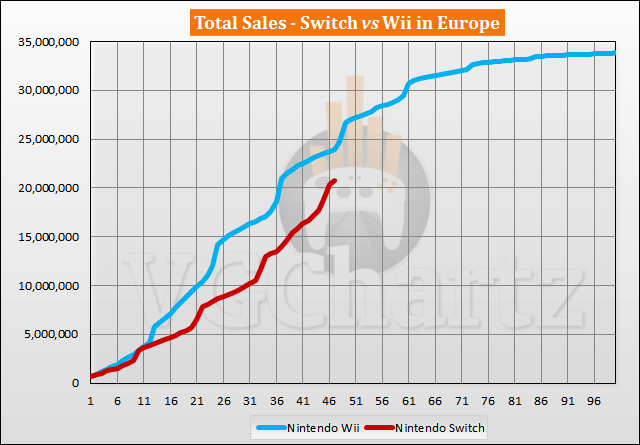 January 2021 is the 47th month that the Nintendo Switch has been available for in Europe. During the latest month, the Switch closed the gap by 100,665 units when you align the launches of it with the Wii. In the last 12 months, the Switch has outsold the Wii by just 1.10 million units. The Wii is currently ahead of the Switch by 3.23 million units.

The 47th month for the Nintendo Switch is January 2021 and for the Wii it is October 2010. The Switch has sold 20.71 million units, while the Wii sold 23.94 million units during the same timeframe. The Wii sold current Switch sales in month 37.

The Wii sold 33.88 million units in Europe during its lifetime. The Switch needs to sell another 13.17 million units to outsell the Wii.

The price cuts are definitely a trick nintendo has up their sleeve. I think we're still a year away. March 2021.

The switch should eventually outsell the Wii in europe though. The global sales are going to be passed probably before the price cut.

According the aligned time frame, this will be the Wii's last big holiday season and year. Whereas the Switch has all the momentum going for it now. It's quite an interesting battle!

Also shocked to see that Europe is the Wii's stronghold in the battle against the Switch. I didn't expect that

I can't speak for other countries but the Wii was HUGE in Spain at the least, I can guarantee that.