Virtual reality has slowly been growing in popularity in recent years with the release of several VR headsets. Oculus released its Oculus Quest 2 in October 2020 and it has been breaking records, according to a new report by research firm SuperData.

The Oculus Quest 2 sold over one million units during the 2020 holiday quarter, which puts it way ahead of other VR headsets. The report lists the Oculus Quest 2 with sales of 1,098,000 units for the quarter, followed by the PlayStation VR at 125,000 units sold. Valve Index sold 61,000 units and the Oculus Rift and Rift S sold a combined 55,000 units.

"The Quest 2 sold more units in a single quarter than any VR device that is not powered by a smartphone," reads the report. "The Samsung Gear VR holds the overall record and sold 1.4M units in Q4 2016." 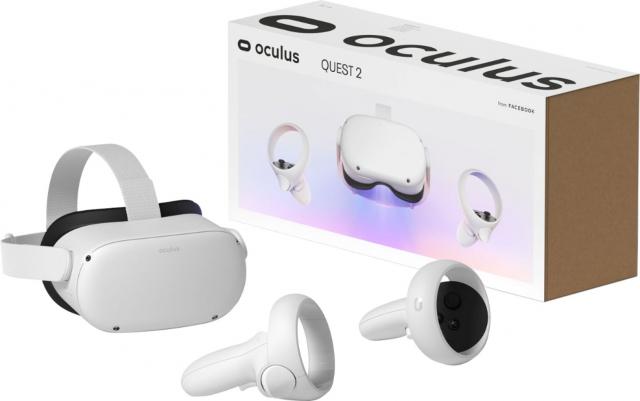 "The Quest 2 benefitted from a lower price than its predecessor and also from pent-up demand among those interested in joining the VR audience," the report continued. "The original Quest was sold out during much of 2020 due to the impact of COVID-19 on supply chains. The Quest 2 was also the first Oculus headset to launch around the holiday season, so its addressable audience included gift givers in addition to VR enthusiasts.

SuperData says that standalone VR devices like the Oculus Quest 2 will account for 87 percent of new VE headset sales in 2021. The Oculus Quest 2 is able to play PC VR games and the report expects a high share of CP gamers to opt for the Quest over over "hybrid devices" in the future.

I thought i would love VR. But, i just don't. I started with a Gear VR in 2016, own a PSVR bow, and have played Rift and Vive a lot. But, I just find the experiences to be kore oike novelties than something transformative. I'm hoping that VR stays around and attracts big development money at some point. But, thus far, I've not been particularly impressed. It's cool, and I'm happy to have had an opportunity to access the systems. It just isn't exciting like I thought it would be.

I told myself a while ago that I would buy a Quest 2. But, then I thought about how little I've actually used the VR systems that I own and have access to, and determined that I can't justify the purchase.

This is a great headset and its affordable.