Animal Crossing: New Horizons (NS) is in second place, while  Ring Fit Adventure (NS) is in third place. Just Dance 2021 (NS) is in fourth place and FIFA 21 (PS4) is in fifth place. 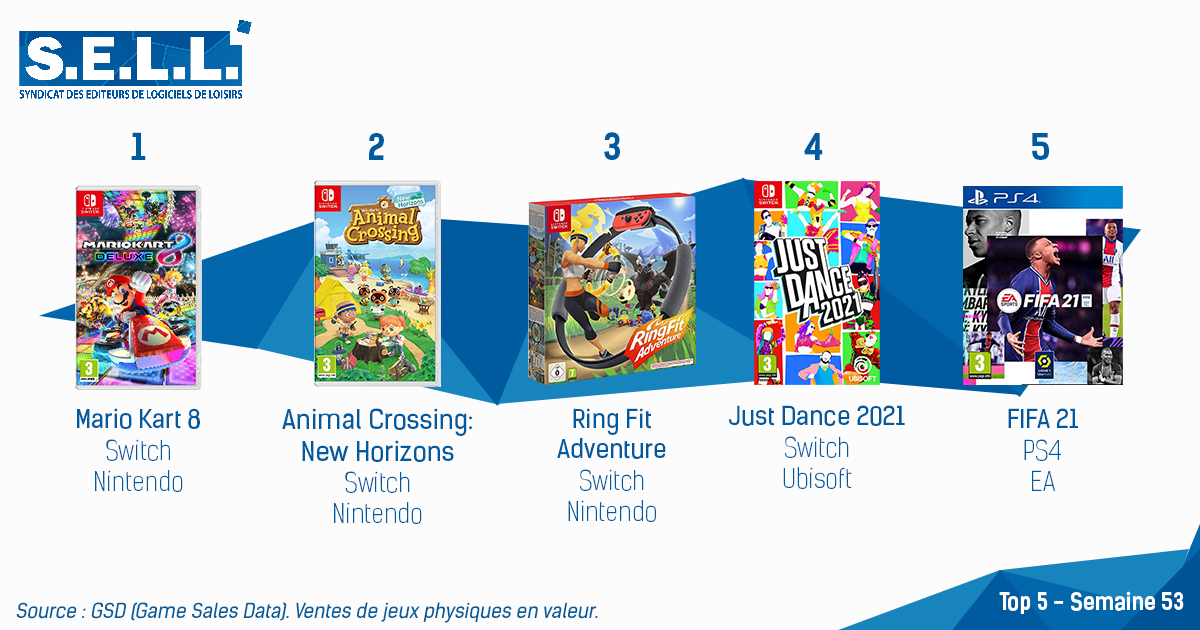