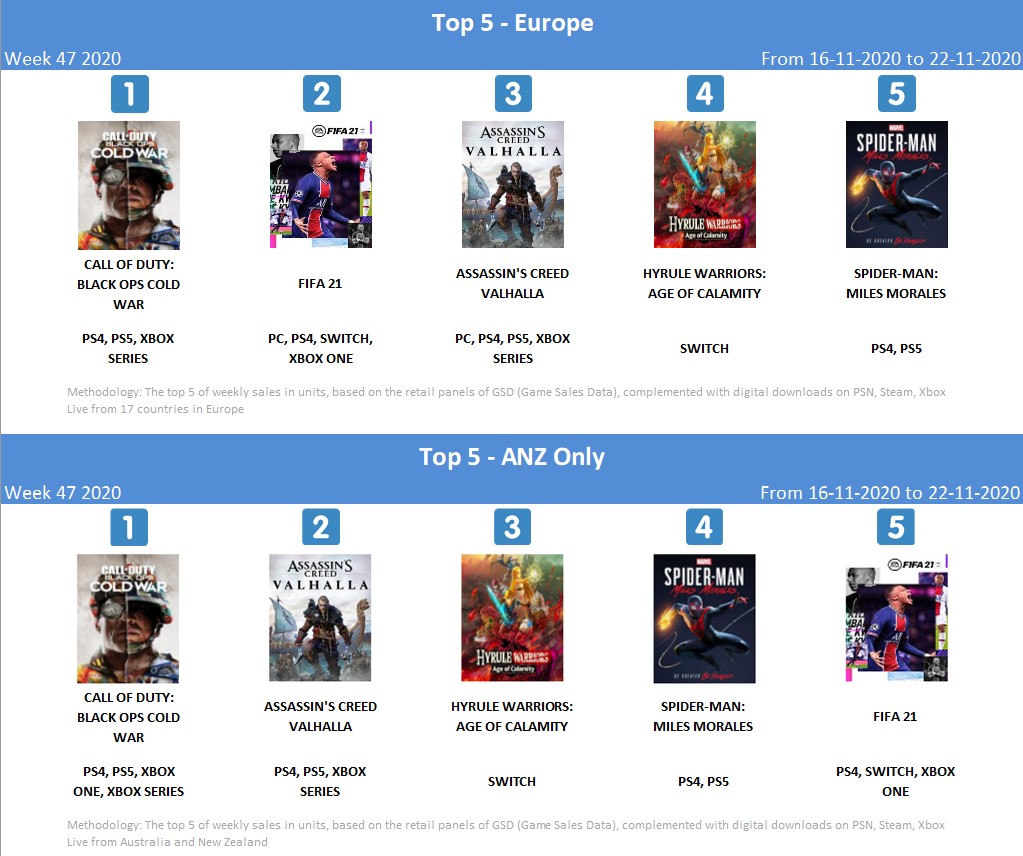 Here are the top 5 best-selling titles (combined physical and digital sales) in Europe:

The top 5 of weekly sales in units, based on the retail panels of GSD (Games Sales Data), complimented with digital downloads on PSN, Stea, Xbox Live from 17 countries in Europe.