Assassin's Creed Valhalla (PS4) debuted in first place to top the French charts in week 46, 2020, according to SELL. The Xbox version, which includes the Xbox Series X, Series S, and Xbox One versions, debuted in third place. 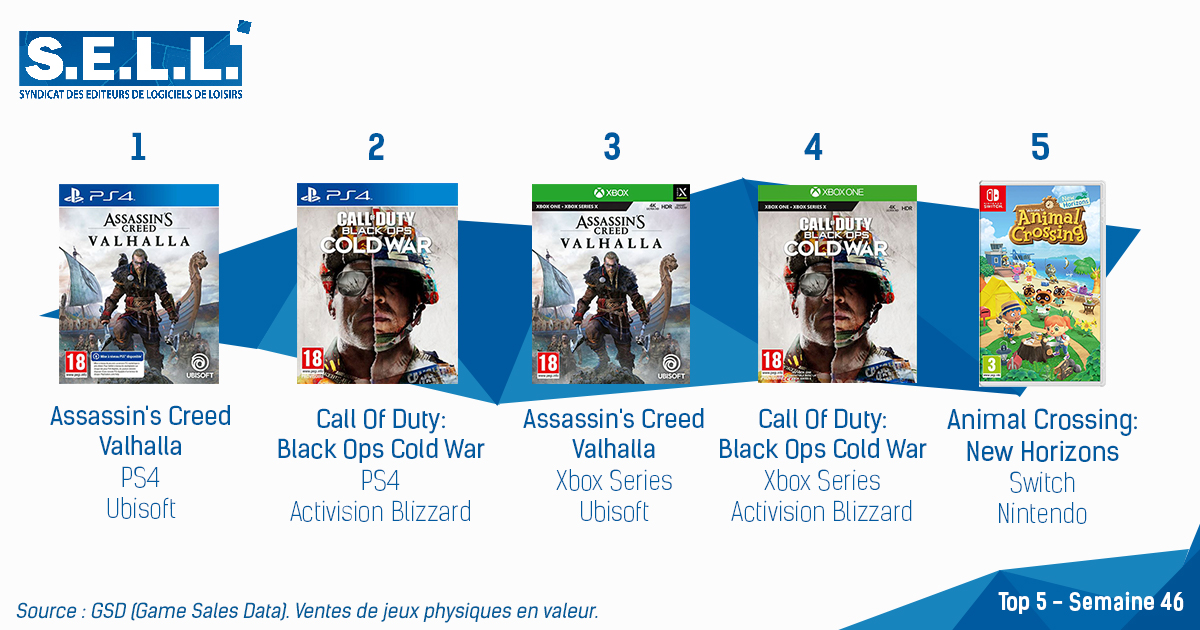