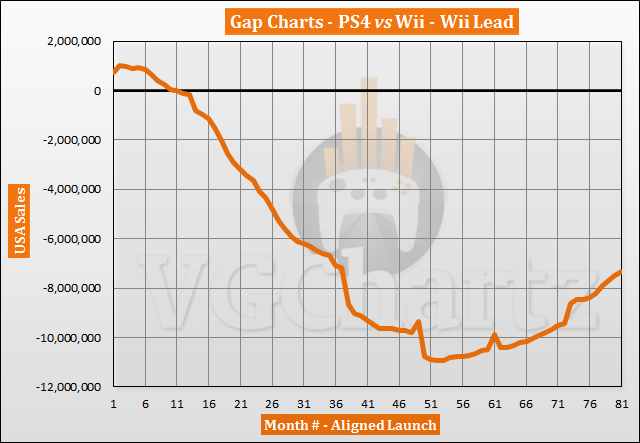 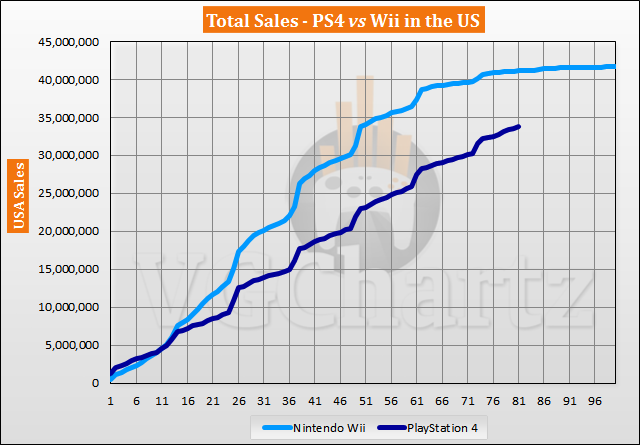 The Wii sold units 41.70 million lifetime in the US, therefore the PlayStation 4 needs to sell another 7.91 million units to catch up to the lifetime sales of the Wii.

I don't think PS4 will make it but we'll see

How about a Switch vs Wii in the US? Switch looks like it will beat the PS4, but will it be enough to keep up with the Wii? Or could it even fend off the 360 when it got boosted by Kinekt? Find out next time, same Bat-time, same Bat-channel!