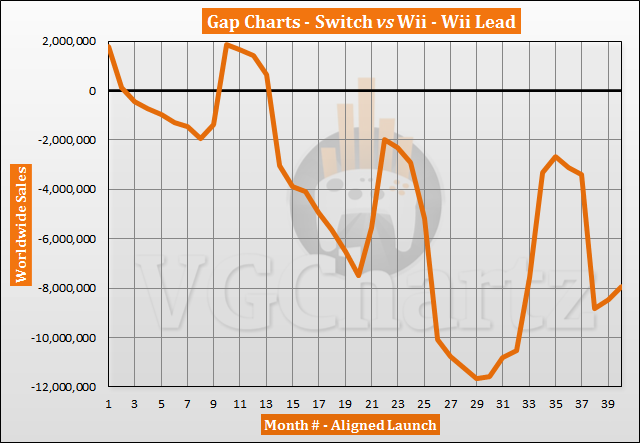 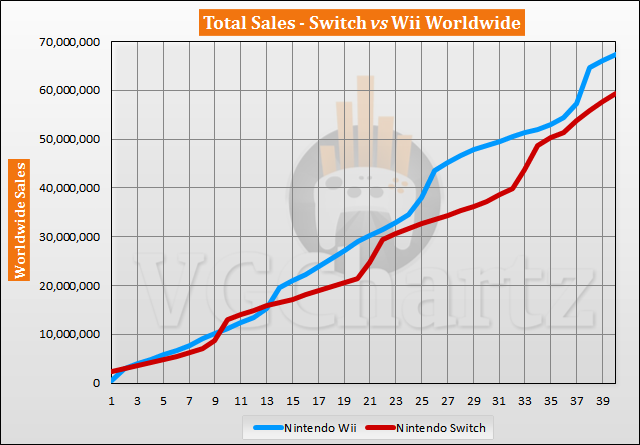 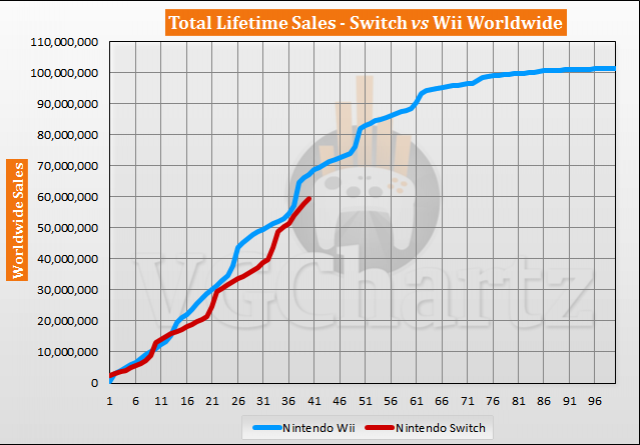 June 2020 is the 40th month that the Nintendo Switch has been available for. During the latest month, the Switch closed the gap by 523,868 units when you align the launches of the two consoles. In the last 12 months the Switch has outsold the Wii by 3,276,914 units. The Wii is currently ahead of the Switch by 7.96 million units.

The 40th month for the Nintendo Switch is June 2020 and for the Wii it is February 2010. The Switch has sold 59.32 million units, while the Wii sold 67.27 million units during the same timeframe.

The Wii sold 101.63 million units worldwide during its lifetime. The Switch needs to sell another 42.31 million units to outsell the Wii.

This is the last year with decent sales for the Wii, sales will start to crash down in Summer and will drop below 150k weekly in early fall. Switch will soon start to catch up fast as the Wii falters. Switch will get past during it's holiday season, but the Wii will have a last hurrah with it's own holiday season. But that one will be short-lived and the Switch will gobble up the little lead the Wii built up in it's 2010 holiday season, pass the Wii and never look back.

I also think too, Wii might catch up after the holiday but then Switch will catch up again for good.

It's looking more and more likely that the Switch is gonna pass the Wii.