Microsoft has announced a handful of new games coming to Xbox Game Pass for Console and PC in July.

SoulCalibur VI (Console) and Out of the Park Baseball (PC) have been added to Xbox Game Pass today, July 1, while Fallout 76 (Consle and PC) and CrossCode (Console) will be added to the service on Thursday, July 9. 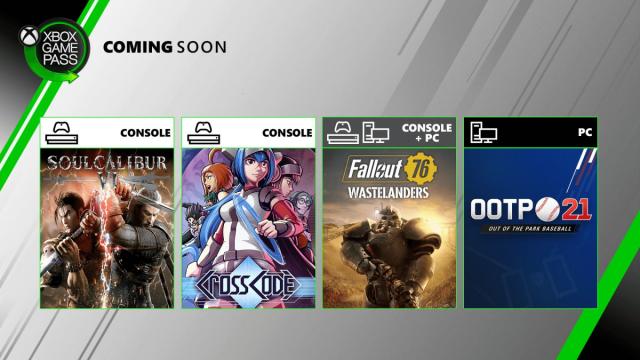