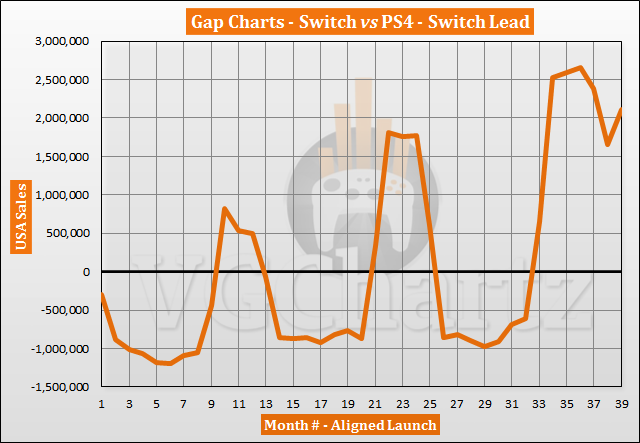 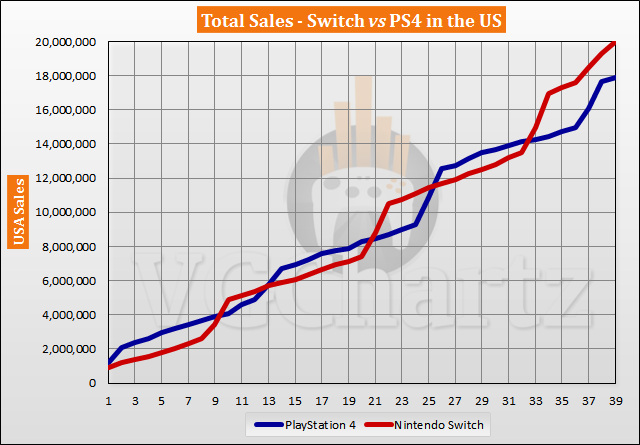 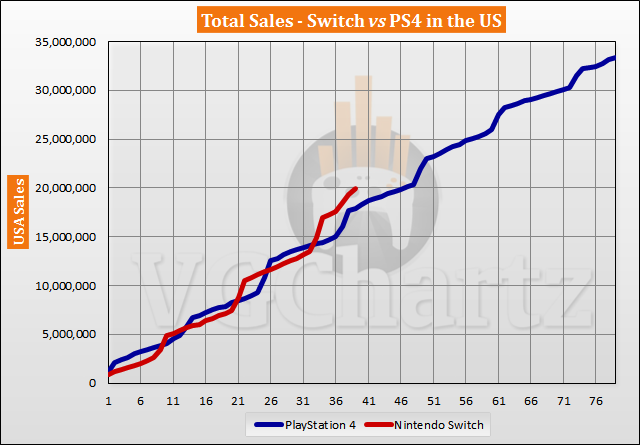 May 2020 is the 39th month that the Nintendo Switch has been available for. During the latest month, the gap in the US between the Nintendo Switch and PlayStation 4 grew in favor of the Switch when you align launches. The Switch sold 457,845 more units than the PS4 in the last month. In the last 12 months the Switch has grown its lead by 2.93 million units. The Switch currently leads by 2.11 million units.

The PS4 has been available for 79 months in the US and has sold 33.34 million units in the country. The Switch is currently 13.36 million units behind the lifetime sales of the PS4.

The double helix is well and truly broken. Switch will win this one.

PS4 will be at roughly 23 million in 11 month (ending december 2017). Its just like 3 million more than Switch has right now. There is no way Switch can fall behind. Last year Switch sold 5.3 million in the next 7 Month (ending december 2019). Switch will keep the lead for quite a time now, maybe even forever. Not sure if Switch manages to sell something like 39-40 million lifetime in the US. But actually it looks kind of good.

yeah, I guess so too about PS4, thats why i mentioned that threshold. If Switch can sell more than that, it will keep the lead forever. And actually I think it will be able to, but we have no real idea what really happens. Dont know what Nintendos plans are.^^

And Switch have only 3 Chrismas, PS4 have 4.

Holy...it's going to actually do it.