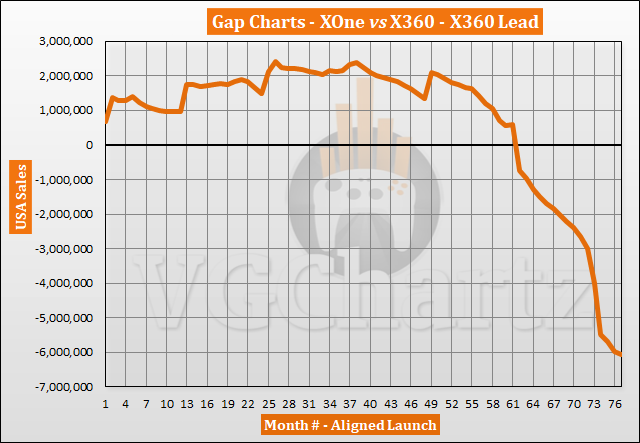 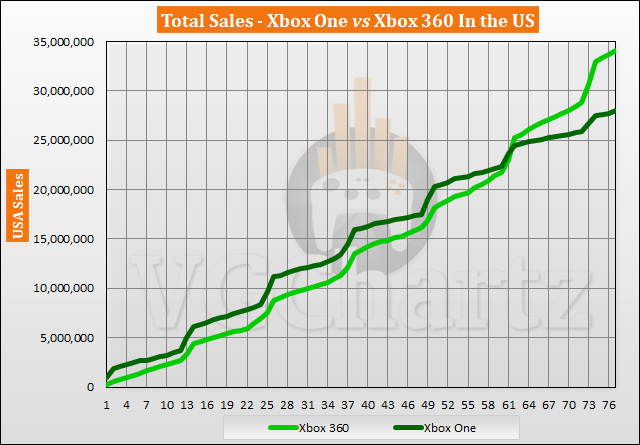 Note: Xbox 360 currently leads by 20.01 million units worldwide when you align the launches. The Xbox One is also 38.73 million units behind the worldwide lifetime sales of the Xbox 360.