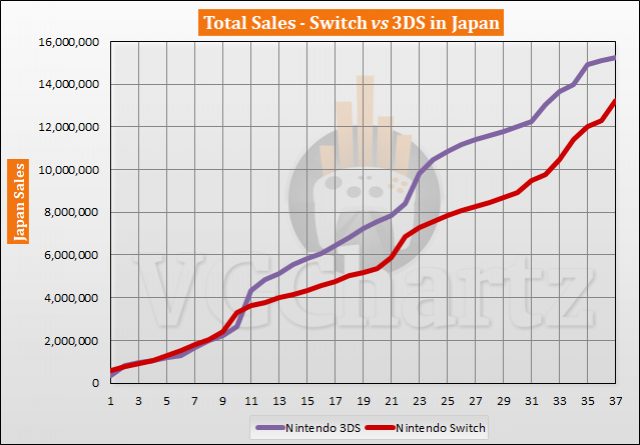 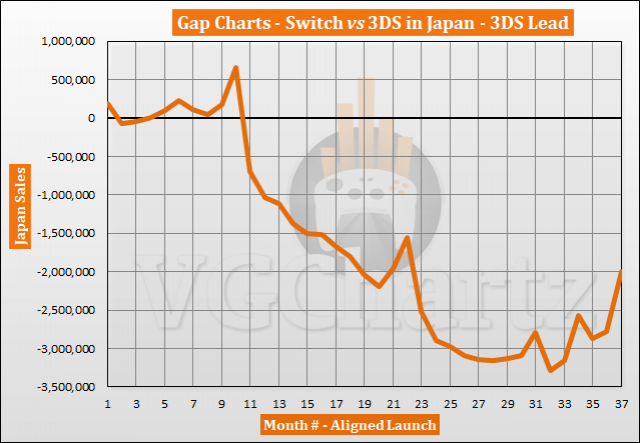 March 2020 is the 37th month that the Nintendo Switch has been available for in Japan. During the latest month the Switch closed the gap to the 3DS by 784,181 units. In the last 12 months, the Switch has outsold the 3DS by 971,320 units units. The 3DS is currently ahead of the Switch by 2.00 million units.

The 3DS launched in February 2011 (however, 3DS sales have been aligned to March 2011, since it only launched at the end of February in Japan) and the Nintendo Switch launched worldwide in March 2017. The Switch in its first 36 months has sold 13.25 million units, while the 3DS sold 15.35 million units.

The 3DS has sold 24.60 million units lifetime in Japan through March 2020. The Switch is currently 11.35 million units behind the lifetime sales of the 3DS.

And so a steep climb begins. The Switch definitely seems like it will cover a lot of ground this year. I could see it taking the lead in January perhaps.

the tables have turned

yeah it was but I feel that this might be the point where the gap closes and the switch begins to over take the 3ds in japan. when this happens the switch will pass the GBA, the SNES, the NES, and the PSP along with the 3DS

Switch is coming for that ass...