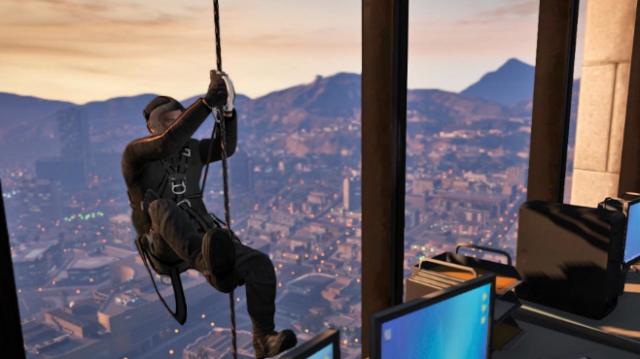 GTAV should just be permanently positioned at the top of every list.

I wonder if GTAVs success is the reason we still don't have a GTAVI. A six year old game still topping the charts. This game is at like 115 million copies now.

Yep. Why bother making an all-new game when they're making so much money off of GTAV and GTA Online?

And it recently passed 120 million units.

I've actually never played the online portion of the game. As for the campaign, I originally played on PS4 and got maybe 15 missions into the story (not very far), and then moved onto something else. Then I bought it on PC about a year ago and made it as far as unlocking the methhead character, and then stopped a few missions into that IIRC. Wanting to give it another go, and perhaps the online.

It's gotta be the online that is drawing so many players in. Has to be...this game just appeals to a shocking almost absurd amount of people. It's like, everyone with a console system has a copy of GTAV. This is just ridiculously insane for a game to do these kinds of numbers in today's over flooded market of video games.
Thing is, I wonder how many off these sales are double dipped? Hell, even triple dipped....?

I'm in the minority. I didn't think GTA V was that great. I enjoyed the Watch Dogs games more.

I played Watchdogs 2 and loved it. Should I go back and at the original?

@VAMatt I would recommend it, yeah. It's really fun and the story is quite entertaining as well, with great villains.