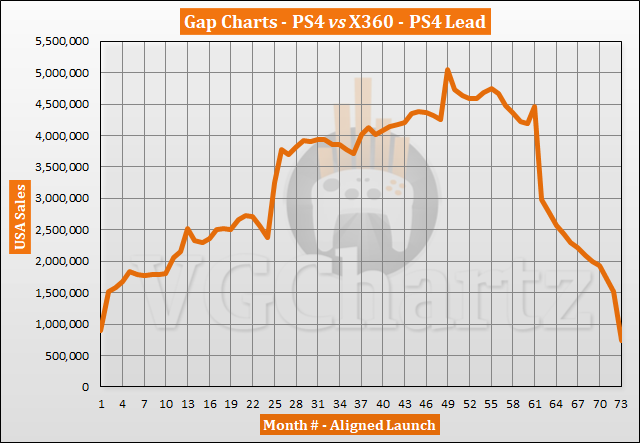 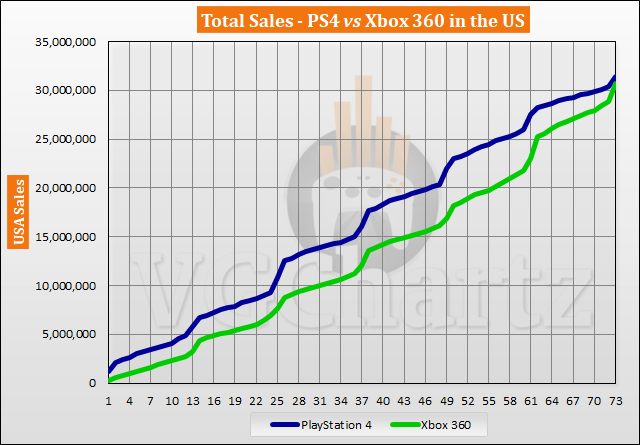 The PS4 is falling off a cliff.

At any minute now =p

when looking the first chart before the turning point: PS4 reach that level with so sweat and tears only to return on the difference in the beginning within 1 year :D

That late peak of X360 showing itself, and if you were to compare X1 to X360 that would be very noticeable.

Will be really hard for PS4 to end ahead of X360 in USA, X1 was more efficient competitor in USA than PS3.