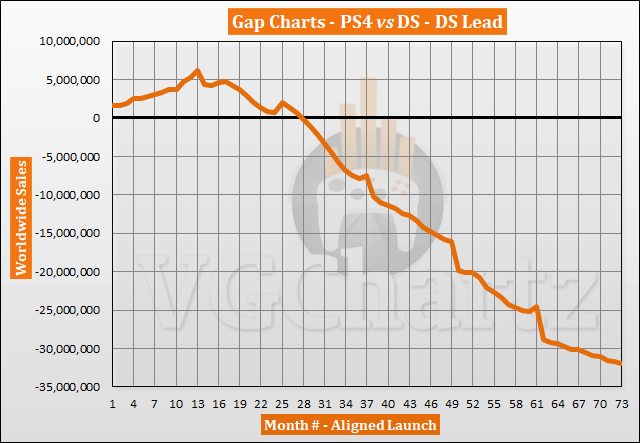 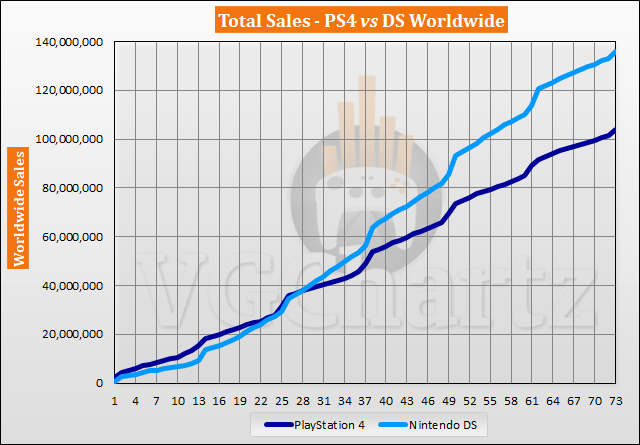 I'd expect PS4 to come back on DS a little bit in these later years. It is 32 million down now, I'd guess it'll finish just over 130 million so should pull the DS back to just within 25 million.

So these are the last holidays before the successor arrives (3DS/PS5).

Seeing the PS4 curve which is far to be flat even today, it can sell again for a long time.

I think PS4 will manage to have stronger years after PS5 launches, than DS did after 3DS. I can’t imagine PS4 will sell any less than 130 million, with the right support.