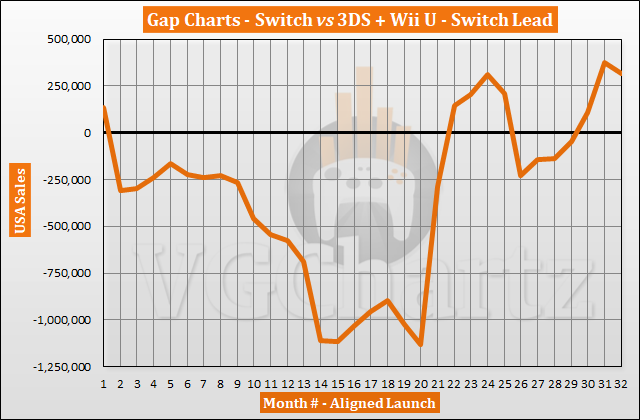 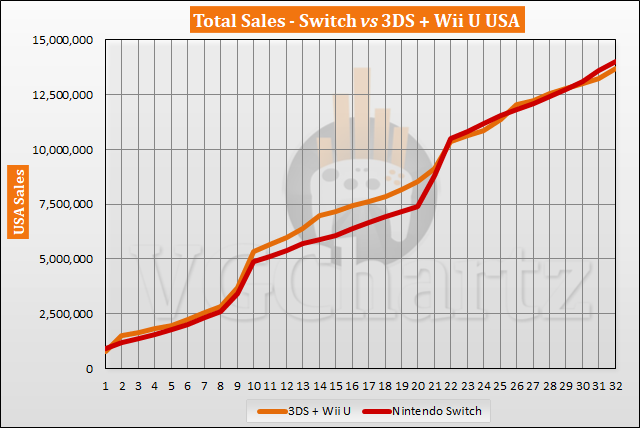 October 2019 is the 32nd month that the Nintendo Switch has been available for in the US. During the latest month the gap grew in favor of the combined sales of the 3DS and Wii U when compared to the Nintendo Switch during the same timeframe by 59,002 units. In the last 12 months the gap has grown in favor of the Switch by 1.45 million units. The Switch is currently ahead of the 3DS and Wii U by 314,000 units.

Switch is gonna overtake them again. I think switch will most likely cross 100mil just like the PS4 did. The real competition is PS4 vs switch in my opinion and it looks like switch might have a slight advantage this holiday that might beat the double helix they had going but ultimately, ps consoles have better legs so many PS4 edges out in the end. 2 very successful game consoles duking it out to see who wins is so refreshing

I assume PS4 will win in the end, because of having longer legs and more than likely a longer lifecycle. Nintendo usually keep their handhelds / consoles on a 5 - 6 year lifecycle (almost half way done), meanwhile the PS4 will be 7 and counting by the time the PS5 launches.

Did something special release for the 3DS that month or why did they close the gap a bit this month?

I think 2DS but not really sure