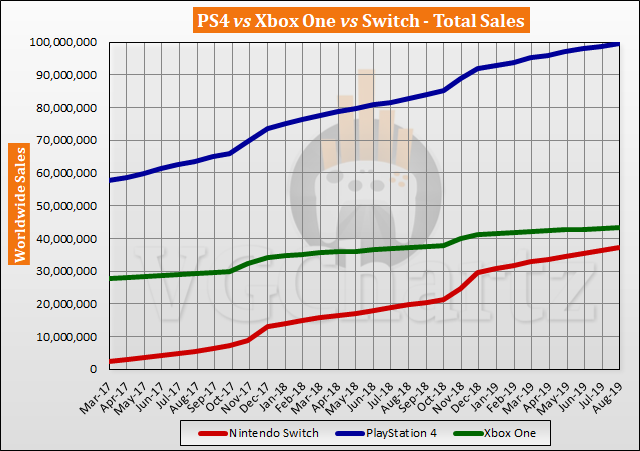 Looking at the total sales of the PlayStation 4, Xbox One, and Switch through August 2019 shows the Nintendo Switch closing the gap with the Xbox One on a monthly basis. The Nintendo Switch is currently on track to surpass the Xbox One by the end of the year and is now less than six million units behind. The PlayStation 4 is also on track to surpass 100 million units sold to consumers in September 2019. 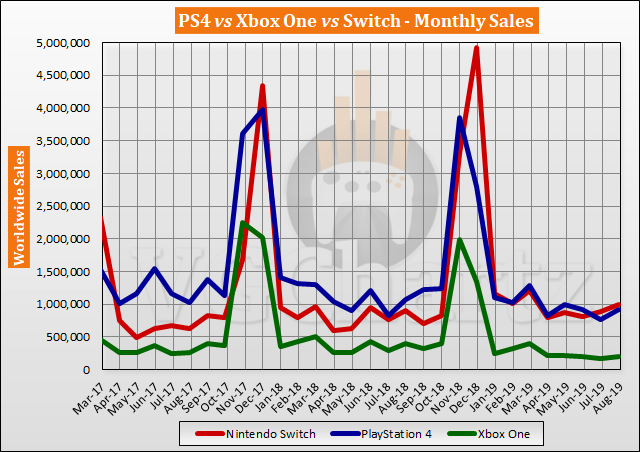 Taking a look at the marketshare, the Switch managed to achieve 47 percent of the monthly sales. The PlayStation 4 accounted for 43 percent of the consoles sold, and the Xbox One just 10 percent.

If anyone notices the charts look a little different, I've updated them to make them a bit cleaner. This is for all of the monthly sales articles. Let me know what you all think.

Glad you approve. Figures it was about they got updated.