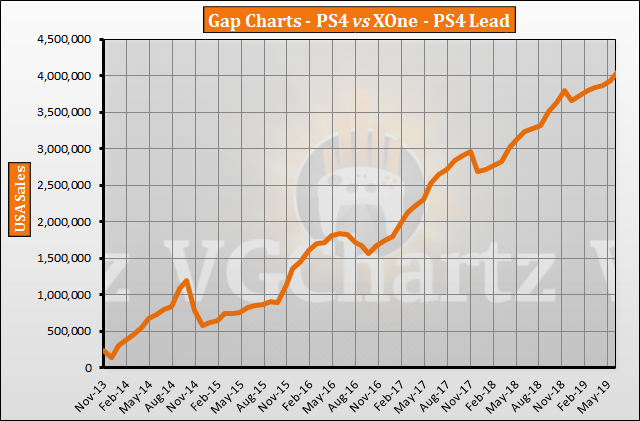 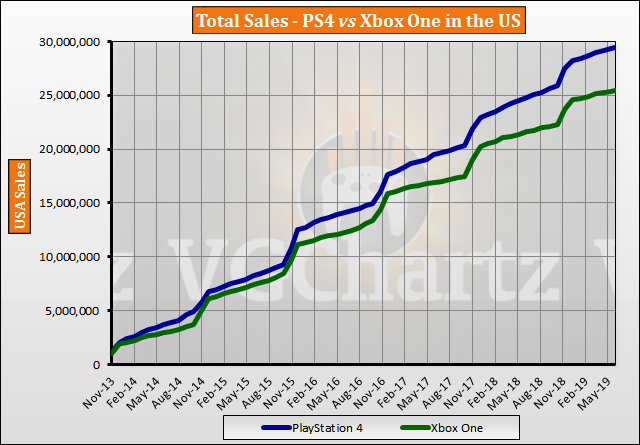 That gap will only grow bigger. And considering how low the XBO dropped in the weekly sales, it might even have a hard time to reach the 30M mark. XBO sold less than 5M consoles in the US last year and this year sales will be significantly lower at this rate and only go further down from there.