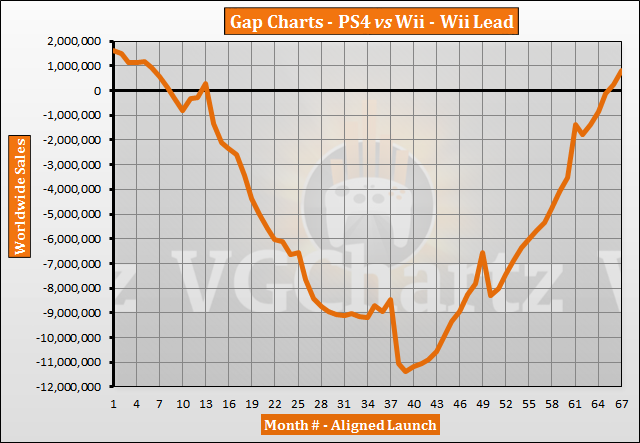 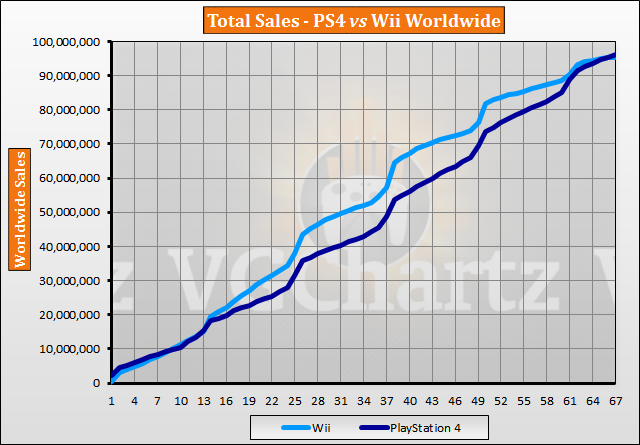 That 11M lead of the Wii at month 39 is still impressive. In retrospect it was a big failure by Nintendo to kill the Wii that early. It would have made 110M easily.

I'm not sure I follow. Wii U didn't release until ~2 years after that. They kept it alive for longer than they should have. Wii U should've been to Wii what PS4Pro and XB1X were to the PS4 and XB1, respectively. It also should've release around this time (2010-2011).

I remember the early days of these articles.
Telling people PS4 would catch up and surpass the Wii for sure, given its due time, and we are finally here.

I remember a few users on this site claiming this was impossible, some even going as far to say that PS4 wouldn’t even do PS3 numbers. Oh how far we’ve come...

I think it’s safe to say that PS4 is well beyond 96.6 million by this point

110M lifetime seems guaranteed at this point. Is 120M still possible? In either case, it will be the new #2 console of all time. The PS4 has even kept pace or even slightly outpaced the PS2 in Europe. While it mostly likely will ultimately fall short of PS2 in Europe as consoles don't have legs like the PS2's anymore, during the generation proper the PS4 demonstrated its brand's might in Europe in convincing fashion. In the U.S., while it didn't have the dominating market share the PS2 did, it has done well enough to where it will handily pass the NES and PS1 to become the new #4 console of all time here, passed only by the Wii, 360, and PS2.

I’m confident that with continued support after PS5’s release, the PS4 can do closer to 130 million