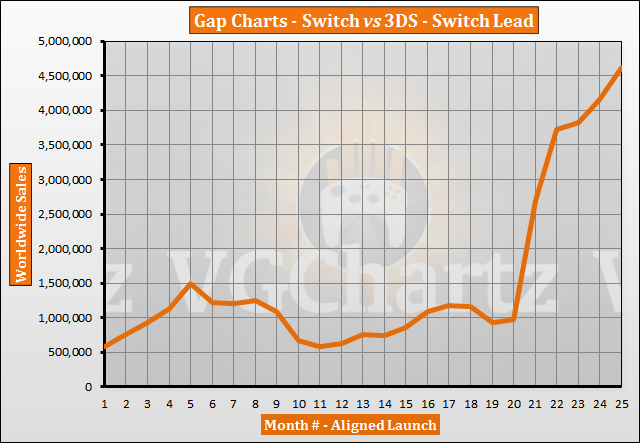 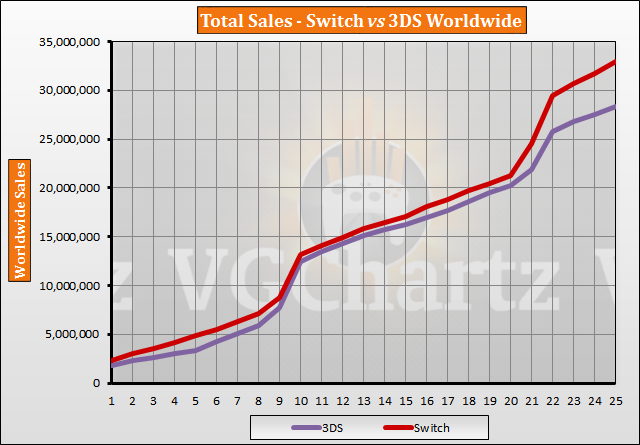 The 3DS launched in February 2011 (however, 3DS sales have been aligned to March 2011, since it only launched at the end of February in Japan), while the Nintendo Switch launched worldwide in March 2017. The Switch has sold 32.94 million units, while the 3DS sold 28.32 million units during the same timeframe.

Und er ward nie wieder gesehen... Seriously, that gap is only going to grow over the years, I can't understand those who expect the Switch to still sell less than the 3DS did

Especially when you remember that at this point, 3DS had already had a significant price cut AND a hardware revision (3DS XL) and yet the Switch, which has had neither so far, is still outselling it to this point--pulling away no less!

And not just pulling away a little bit, but by almost half a million in the last month alone!

Yup, the Switch is guarantied to succeed over the 80M/90M treshold which the 3DS won't reach, most likely.