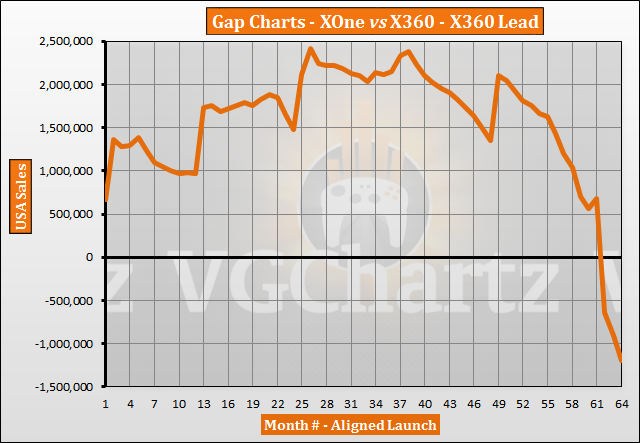 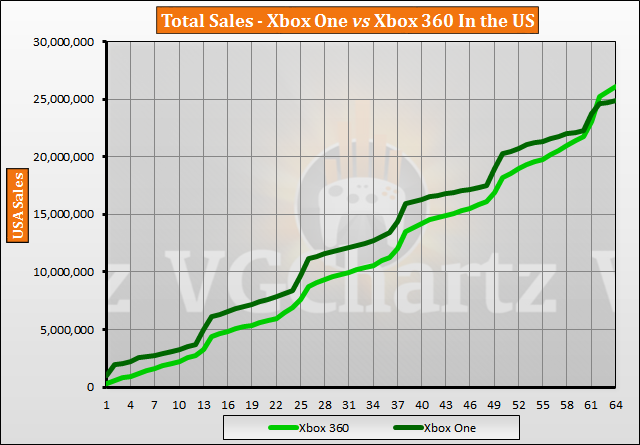 Note: Xbox 360 currently leads by 10.92 million units worldwide when you align the launches

Amazing how it kept up for almost 4 years and then drops off a cliff. Looks like it's not a matter of whether 360 will win, but by how much.

Kinect did a lot to push the Xbox 360 sales in its later years.

Too bad Kinect 2 didn't help XBO then, because wow, that is one hell of a boost to 360.

Kinect had a very drastic effect on 360 sales in it’s twilight years; honestly that’s probably what delayed PS3 from passing 360 to the very end.

It's very interesting to see how much of a sales' boost the motion controls had during last gen, and how little they have now. Only VR and the joycons seem to keep motion controls in the market.