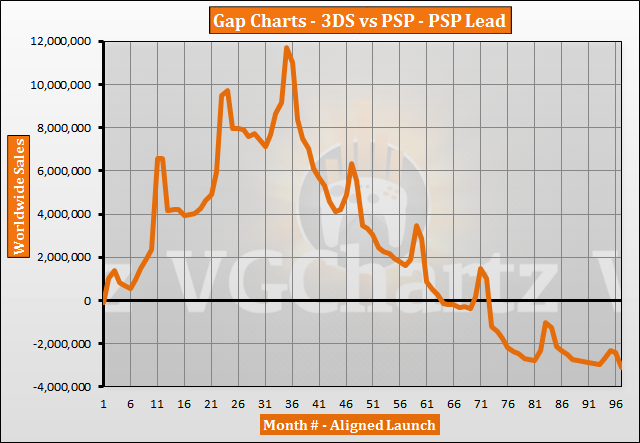 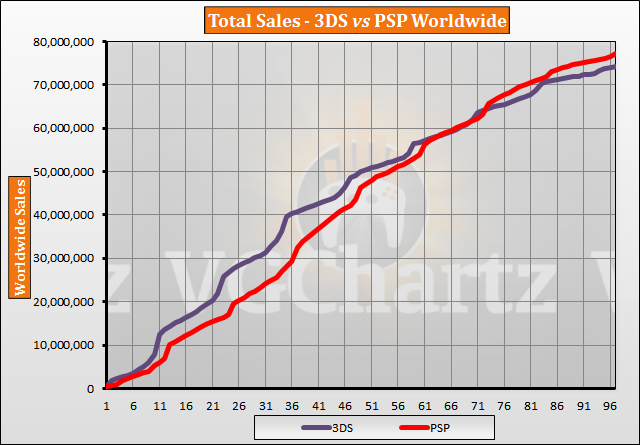 In the latest month the gap grew by 712,908 units in favor of the PSP when compared to the 3DS. In the last 12 months the PSP has increased its lead by 1.01 million units. The PSP currently leads by 3.12 million units.

Well this race is only getting worse for the 3DS.