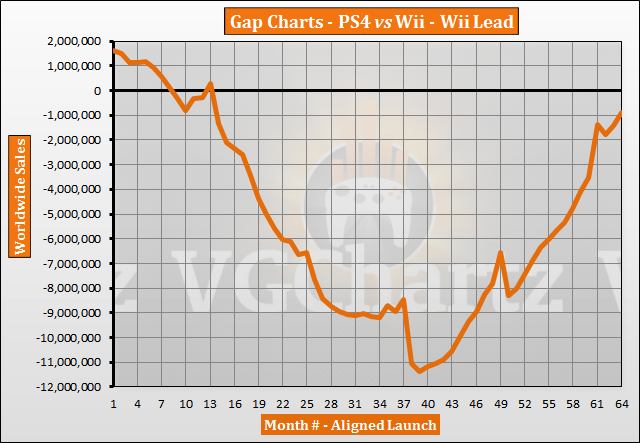 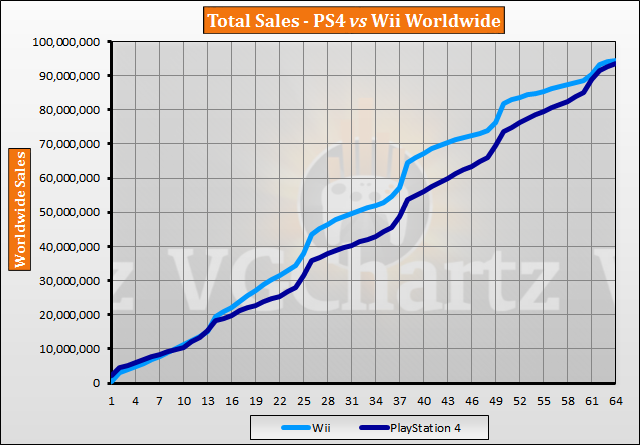 February 2019 is the 64th month that the PlayStation 4 has been available for. During the latest month the gap grew in favor of the PS4 when compared with the Wii during the same timeframe. The gap decreased by 530,978 units in the last month. In the last 12 months the PlayStation 4 has closed the gap by 6.59 million units. The Wii currently leads by 876,363 units.

it isn't much meaningful, wii's competitors are both stronger than One.
I think wii has won whatever ps4's result, it was a unexpected unique console

This has been a really intense competition, but it's coming to a close soon. Still, the fact that the Wii has kept the PS4 at bay for most of its lifetime is astounding, and if the PS5 releases next year, the gap between the two is not going to be as wide as most people think. PS4 will probably reach GameBoy numbers, not bad in the least.

If PS5 launches holidays 2020, PS4 should reach GB numbers in shipped units by then. Could reach that number in hard sales if Sony finally does that magical $199 price point. Honestly, PS4 has so much traction even still that I can see it doing another 15 - 20 million after the PS5 releases. I’m still calling 135 million LT, personally.

And many claimed this wouldn’t happen. Heck, I even remember a user or two in this forum saying it wouldn’t even reach PS3 numbers. We’re well passed that threshold, and the console is still going strong. 135 million units LT is my bet