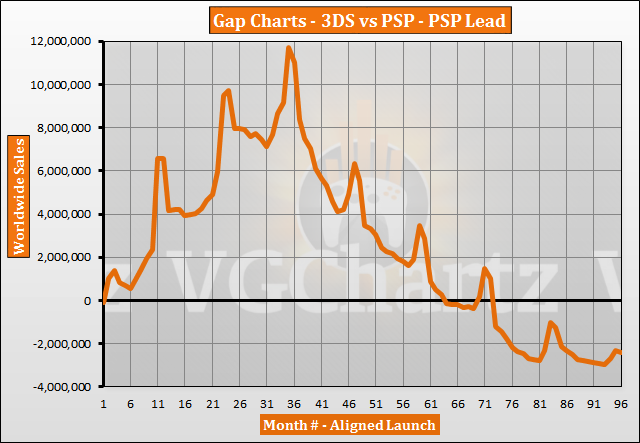 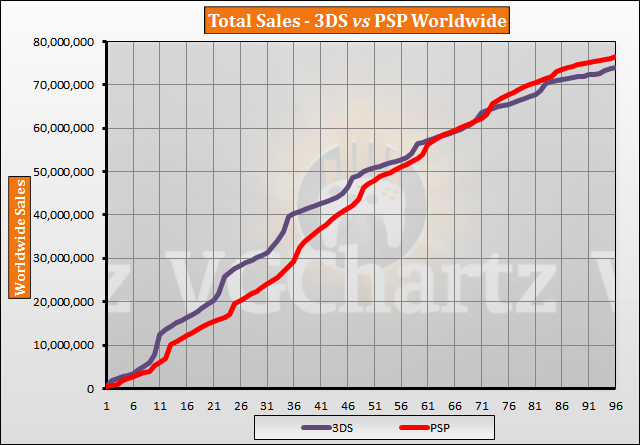 In the latest month the gap grew by 109,074 units in favor of the PSP when compared to the 3DS. In the last 12 months the PSP has increased its lead by 1.14 million units. The PSP currently leads by 2.41 million units.

Shouldn't the first chart read "3DS lead" as it's the 3DS, not the PSP, that was out ion front and has now fallen behind into the negatives?

exactly, the moment is now, now the 3ds is behind, so now the psp is leading

These charts always end up with confusing titles because of the naming mechanic being so unclear. Is it saying that the PSP is currently in the lead, or that the 3DS' lead is negative (aka the PSP is leading). Rather than "X vs. Y: X console lead" I think it should be "X vs. Y: X currently leading" or something to that effect.

I've never had any problem with this type of charts, I like them and understand them completely, continue make them, just like now, the two types of the charts