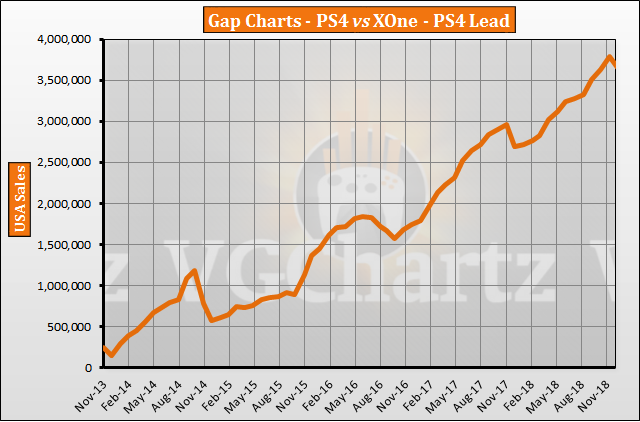 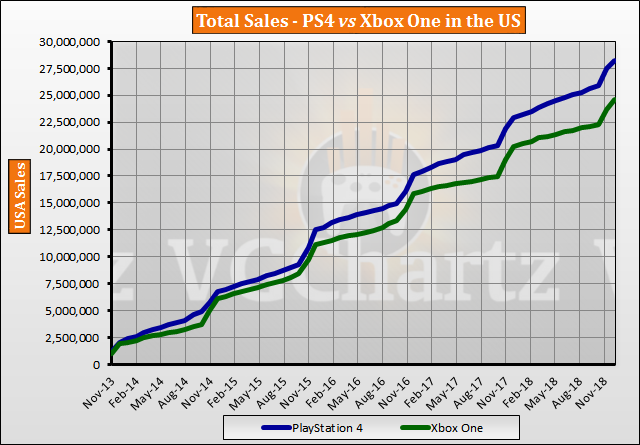 I kind of thought this outcome was obvious shortly after they released it. The high price of the XB1 (from Kinect) plus the DRM they originally planned was really a death sentence.

Really the surprising thing to me is that they are still pretty close to one another in spite of all of Microsoft's missteps. Microsoft is actually stronger in North America than I thought. It won't be too difficult for them to overcome Sony in NA with their next console as long as they don't have any more serious screw ups.

yeah now things are evened up for next gen. It will be interesting to see which comes out on top. Sony made up a lot of ground this gen to overtake them in the US

Could you also make a PS4 vs Switch in the US? Think that would be closer and thus more interesting than the PS4 vs XBO chart here on the long run

That one is a good idea. I'll create one for that.