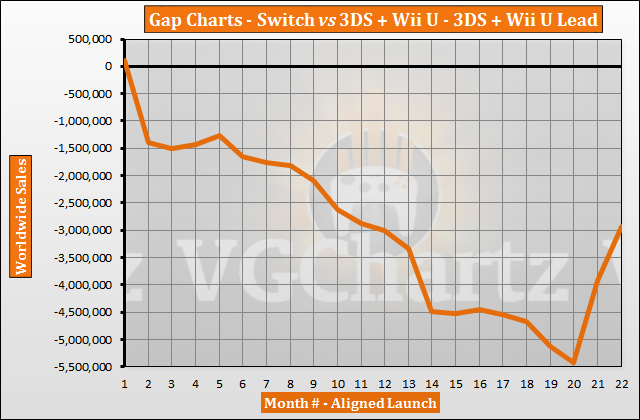 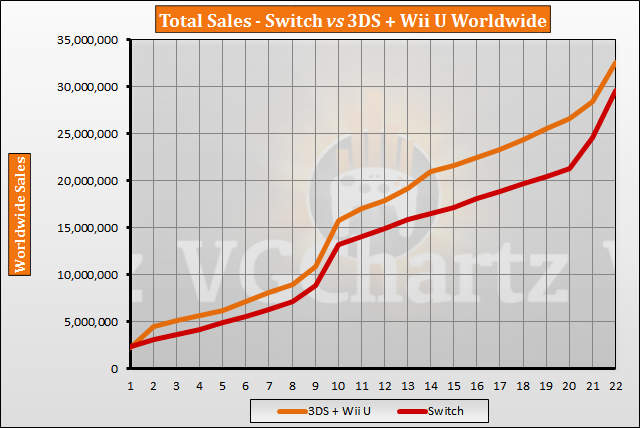 The 3DS launched in February 2011 (however, 3DS sales have been aligned to March 2011, since it only launched at the end of February in Japan), the Wii U launched in November 2012, and the Nintendo Switch launched worldwide in March 2017. The Switch has sold 29.64 million units, while the 3DS and Wii U have sold 32.57 million units during the same timeframe.

Even if the number of units sold is lower, I think the profits are higher now, since the Switch is much more expensive than the 3DS, and the Wii U represents a small fraction of the 3DS + Wii U numbers. Same thing for software sales, since a full priced 3DS game is 20 dollars cheaper than a full priced Switch game.

They certainly are, as both 3DS and Wii U were mostly sold at a loss, while the Switch is making money from the get-go

3DS just had it's best year, and the Switch will start grinding back those 3M and then surpass them, never looking back