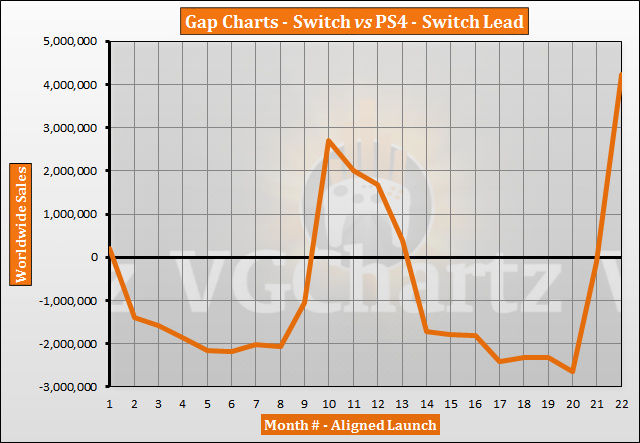 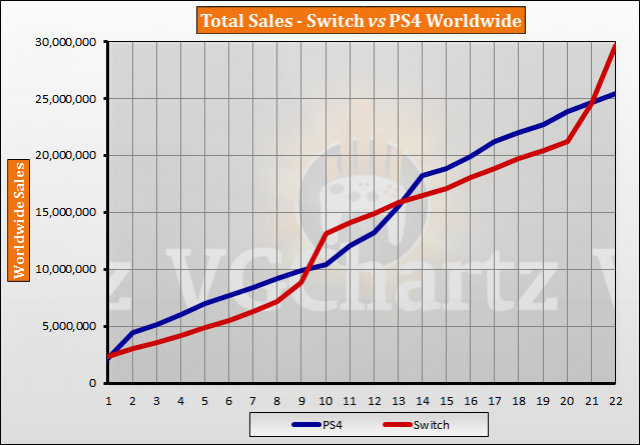 The 22nd month on sale for the Nintendo Switch is December 2018, while for the PlayStation 4 it is August 2015.

This race is really interesting to follow although I think the PS4 will have more legs, I want to see which console has more of a max in any given year. I think the switch will win on that end

Should be enough, as I really doubt Switch will do the 4.5M necessary this quarter to avoid it.

The question is more how both will fare afterwards. PS4 made 17M in the upcoming year, while the Switch is mostly expected to exceed that. So it would be possible for the Switch to overtake the PS4 before the holiday season this time around

It amuses me even more that pointing out an inaccuracy (the PS4 was labeled as 'leading' instead of the Switch) causes mass downvotes. You're displaying some keen intellect there, VGchartz voters.

It amuses me how often these graphs have wrong system labeled as leading.

It looks right to me

It was wrong. I've updated it to be correct.